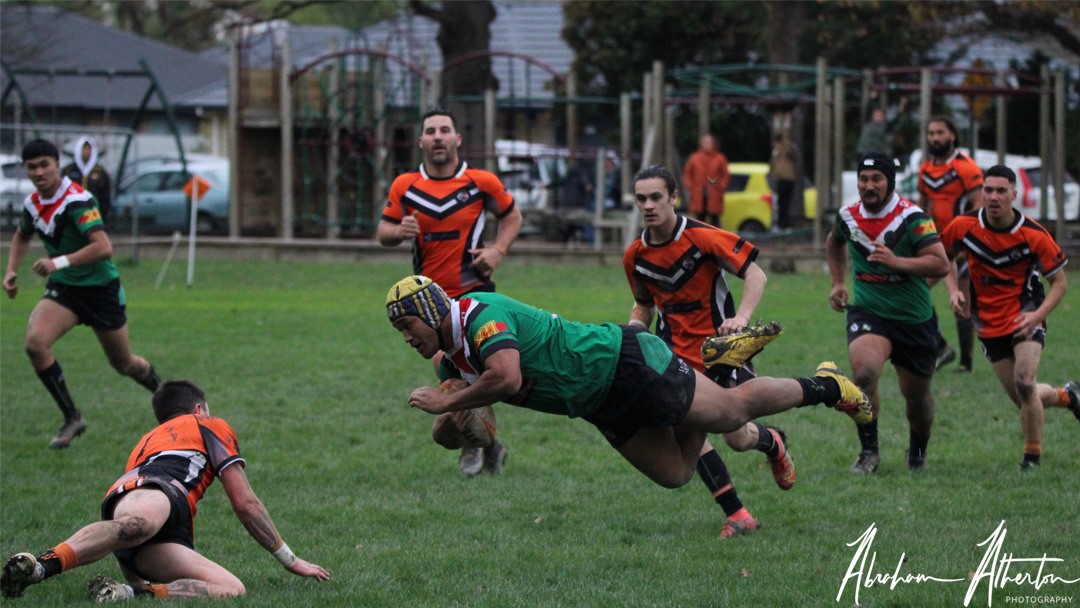 The Linwood Keas ran riot at Papanui Domain in Round 10 of the Bartercard Canterbury Men’s Premiership, running out 98 – 6 winners against the Papanui Tigers.

The defending Premiers were merciless against the bottom of the table side, scoring 17 tries to the Tigers one. Leon Jarden was top point scorer for the match, racking up 38 points to his name thanks to fifteen conversions and two tries. Uili Uili, Zion Amituanai and Graeme Patu-Vaega’Au all collected hat-tricks.

In the other matches of the round, the Hornby Panthers continued their undefeated season, defeating a determined Celebration Lions 24 – 10 at Macfarlane Park, whilst at Crosbie Park, despite being held scoreless in the second half, the Northern Bulldogs did enough to defeat the Riccarton Knights 18 – 16.