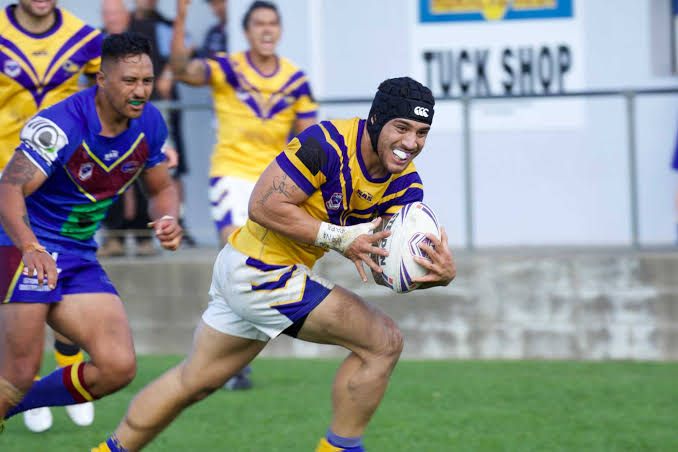 All the results from Round Nine of the SAS Fox Memorial and Round Six of the Fox Championship Qualifiers.

FOX MEMORIAL PREMIERSHIP QUALIFIERS
Papakura 8 lost to Mangere East 38
Mangere East outscored their opposition 22 points to four in the second half to record a big victory at Prince Edward Park. Siave Tongia scored twice for the Hawks, while middle forward Junior Pita was among their other standout performers.

Te Atatu 24 lost to Bay Roskill 26
Bay Roskill needed a couple of late penalty goals to get past Te Atatu at Jack Colvin Park, with the go-ahead score coming via the boot of Josh Tanielu with six minutes to go in the game. Prop Mackenzie Kata was the Vikings’ best, scoring a pair of tries, to help Bay emerge on top after thet had trailed 18-14 at the break.

Mt Albert 38 defeated Otahuhu 14
The Lions jumped to third on the competition ladder with a win over Otahuhu, helped along by doubles to wingers James Waterson and Corey Seator. The Lions have now won their past six matches.

Richmond 18 lost to Pt Chevalier 56
Pt Chevalier remain unbeaten at the top of the table after powering past Richmond, with veteran fullback Francis Leger scoring a double. Young lock Brody Tamarua was strong in the pack, while half Kayne Mave was impressive too.

Marist 56 defeated Northcote 12
Marist took a huge step towards ensuring they remain in the first division by beating Northcote to jump clear of the relegation zone for the time being. The Saints led 22-6 at the break before finding another gear in the second spell. It was very much a family affair for Marist, with three sets of brothers – Chris Sio, Lewis Sio, Afe Akau’ola, Sunia Akau’ola, Elam Payne and Cyruss Payne – all taking the field in the win.

Glenora 32 defeated Howick 22
The Roope Rooster remains at Harold Moody Park and the Bears remain joint competition leaders after edging past Howick. Glenora captain Chase Bernard was excellent in the pack, scoring a double. The loss means Howick drop from third to fourth on the ladder.

FOX CHAMPIONSHIP QUALIFIERS:
Otara 44 defeated Manurewa 24
The Scorpions took a big step towards securing promotion to the Crown Lift Trucks Fox Championship competition proper with a 20-point win over Manurewa. Otara led by 10 at the break but dominated the opening minutes of the second half and piled on several tries. Forwards Manu Fatialofa and MacGraff Leuluai were outstanding in the win.

Papatoetoe 16 lost to Waitemata 28
Waitemata held Papatoetoe scoreless in the second half to register their second victory of the year. Back-rower Suliano Faukafa scored twice for Waitemata in the win.

Hibiscus Coast 38 defeated Pakuranga 16
Doubles from Kavana Te Kiri Ryan and Josh Hale helped Hibiscus Coast to victory at home over Pakuranga, which sees them remain undefeated at the top of the competition ladder. Earlier the Raiders had led 24-12 at half time