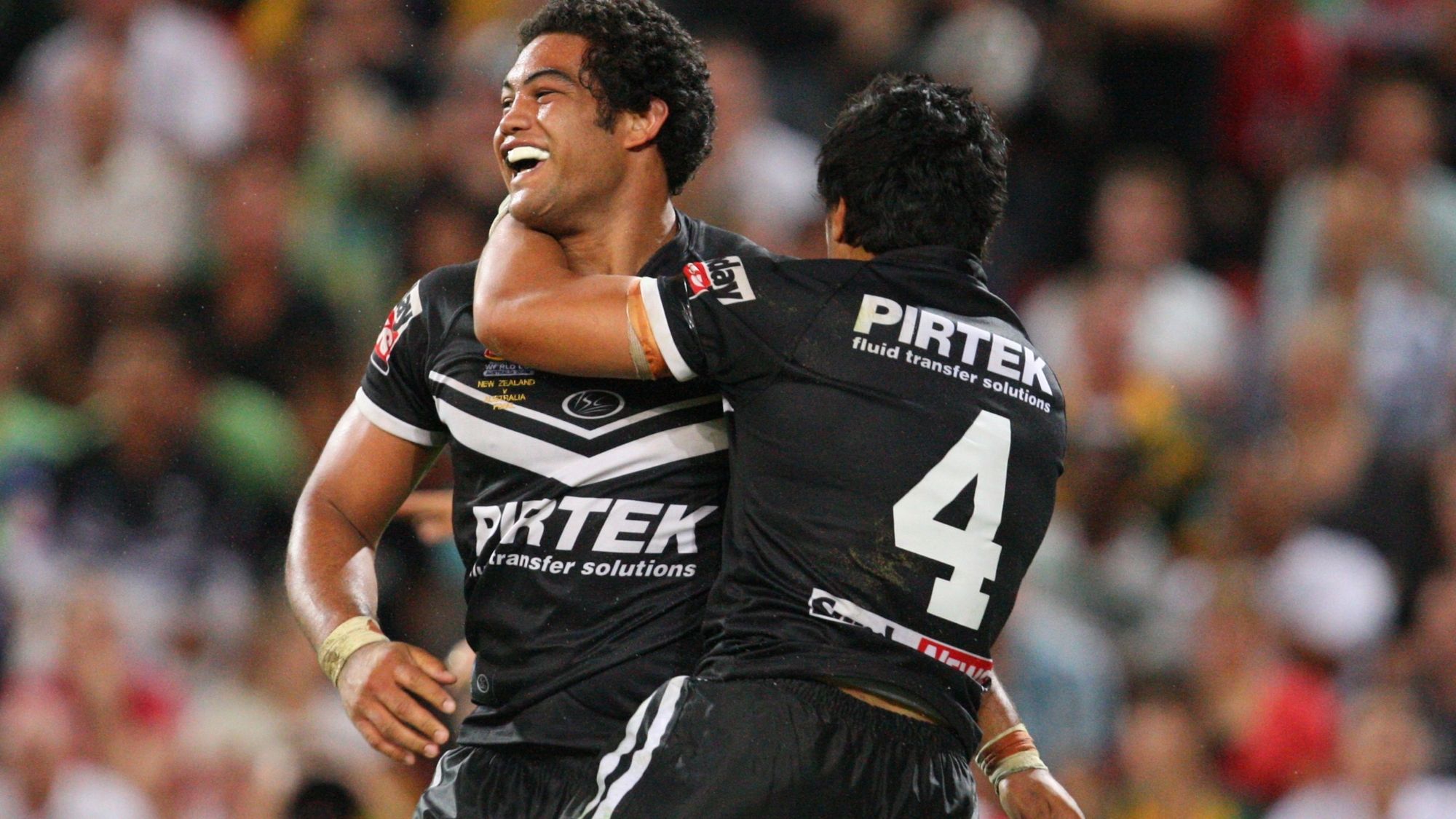 Adam Blair awarded with MNZM for services to Rugby League

The 35-year-old Blair, from Whangarei, has been made a Member of the New Zealand Order of Merit (MNZM) for his services to rugby league.

Blair is only the second person in the history of rugby league to play 50 Tests for New Zealand behind Ruben Wiki (55) and is the New Zealander with the second most NRL appearances in the Australian Premiership (331) cementing himself as one of New Zealand Rugby League’s greats.

Adam Blair took the field at Eden Park against the Great Britain Lions in 2019 in what was his 50th Test cap for New Zealand, marking an exceptional international rugby league career spanning 14 seasons. He is just the ninth player in history, and second New Zealander to achieve such a milestone.

Blair has a long and decorated career in the Black and White jersey beginning in 2006 when he made his debut after only 16 NRL appearances. Injury struck him out of the Kiwis’ 2007 campaign but he went on to feature in all seven of the Kiwis’ 2008 Tests; including the most iconic Test match of all, the 2008 World Cup final where Blair’s pick-up of a loose ball to score sealed New Zealand’s first ever World Cup victory with a 34-20 triumph over Australia.

He went on to play all five of the Kiwis’ Tests in 2009 – winning the NZRL International Player of the Year and was a regular at prop, lock or second-row for his country until the end of 2012, including another Suncorp Stadium upset of the Kangaroos in the 2010 Four Nations Final.

2014 Blair received a well-deserved recall for the Kiwis and was a front-row starter in all four Four Nations matches including dual wins over the Kangaroos.

2015 saw Blair named co-captain of the Kiwis squad that toured England and was ever present in all six of New Zealand’s 2016 Tests and the 2017 Anzac Test. Blair then received an honourable accolade as he was announced Captain of the Kiwis’ 2017 World Cup squad.

2018 saw him capped in New Zealand’s record-equalling fifth victory over Australia and two matches against England.

After skippering the Māori All-Stars in a historic pre-season encounter with the Indigenous All Stars, Blair made his 300th NRL appearance in 2019 – only the third Kiwi to do so following greats, Ruben Wiki and Simon Mannering.

2019 saw the 33 year old receive a late call up for the Kiwis campaign where he started at lock against Australia before being honoured with his 50th Test cap in front of friends and family at home at Eden Park. He went on to play his last Test for the Kiwis the following week in Christchurch as the Kiwis achieved a series win against the touring Great Britain squad.

Against the backdrop of his international accolades, 2020 saw Blair co-captain the Māori All-Stars in their 30-16 win over the Indigenous All Stars to then go on and play every single game for the Warriors 2020 season before calling time on his long-standing but legendary career.

For all that, when he was told about his appointment, he admits he initially thought he’d done something wrong. “I got a phone call from someone from the Governor-General’s office and I thought I was in a bit of trouble!” Blair told Stuff.

“I was wondering what I’d done wrong, so I needed to apologise to the lady on the phone who spoke to me, because I was a bit funny on the phone and I had to say sorry for the way I acted.

“But I’m very grateful and humbled to be nominated firstly and then to be on the list.”

NZRL CEO Greg Peters says, “Adam Blair has cemented himself as a rugby league great, a Kiwi legend and a Māori leader.

“We are extremely grateful to have had someone of his calibre rep the Black and White jersey, and we thank Adam for not only leading on the field but also in the community and being a great advocate for the game,” he adds.

“This accolade is well deserved, he’s a Kiwi great who has been an integral part of key New Zealand Rugby League history. His impact both on and off the field will be felt for decades to come. Congratulations Adam.”

Warriors CEO Cameron George says that even during his playing days, Blair’s dedication to give back to local communities went unmatched.

“When we needed something in the community, regardless of his pay-packet or standing in the game, Adam was always the first one to put up his hand,” he said.

“He just loves giving back to people, and he’s been able to do that through rugby league, because he has a wonderful story behind him.”

Blair has moved on to the next chapter in his life which he’s pursuing with the same enthusiasm he’s always had.

“I’m doing the TV stuff and I fell into that,” Blair said.

“I’m lucky after everything I’ve done to be able to talk about rugby league, which is everything I know.

“I help with the development pathways at the Warriors, with Stacey Jones and Tony Iro.

“At the moment there aren’t any pathways set up, because of Covid and there not being any games.“ But I can teach them the basics of our game and give them my knowledge and experience to help, so they’re prepared to take the next step.

“I’m also trying to sneak off on my own and set up the ultimate goal for me, which is to have an academy. Where people come to me and I show them the way, with my knowledge and train them.

“But then if those pathways aren’t open for them, then there are other opportunities out there.

“So have businessmen and trades all connected into the one academy where I can show them pathways, rather than them getting to the point where they realise they’re not going to make it in rugby league, then not knowing what they should do next, and we are losing a lot of kids.

“So that’s my ultimate goal, to give back to the community, help our next generation be better equipped for not just rugby league, but for life in general.”