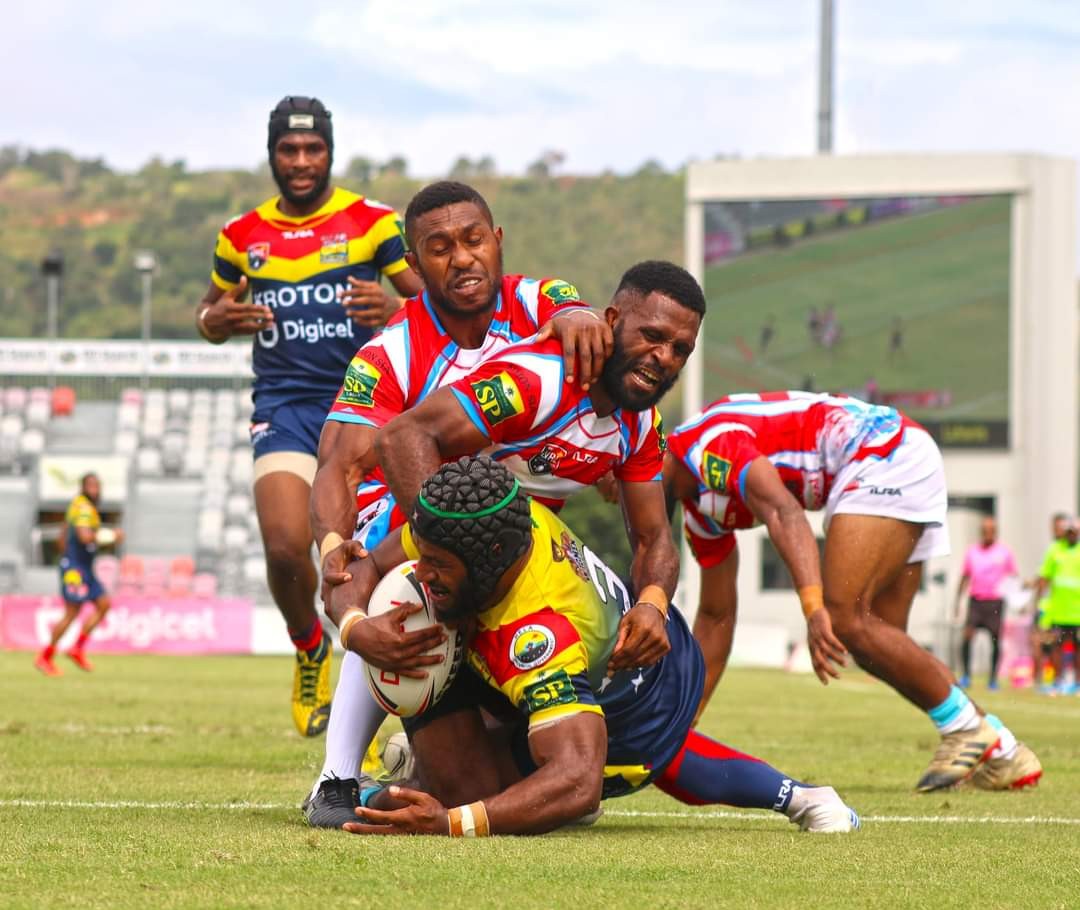 Defending Champions, the Hela Wigmen, have started their Digicel Cup title defence in impressive style after defeating the Goroka Lahanis 24 – 4 at the Oil Search National Football Stadium in Port Moresby on Sunday.

Despite losing eight players to the PNG Hunters in the off-season, the Wigmen put on an impressive first half to lead 24 – 4 at the break, before showcasing their defensive capabilities in the second half.

The match was one of four games played in the National Capital District (NCD) in the opening round, with the Port Moresby Vipers and Waghi Tumbe defeating the Kimbe Cutters and Rabaul Gurias respectively.

In the other match played, local rivals, the Central Dabaris and Gulf Isou were inseperable after eighty minutes, with the match finishing with scores locked at 8-all.

The other two matches in the round took place up in the Highlands at Lae, with the home team, the Lae Tigers, running out winners against the Mt Hagen Eagles, whilst the Mendi Muruks defeated the Enga Mioks.