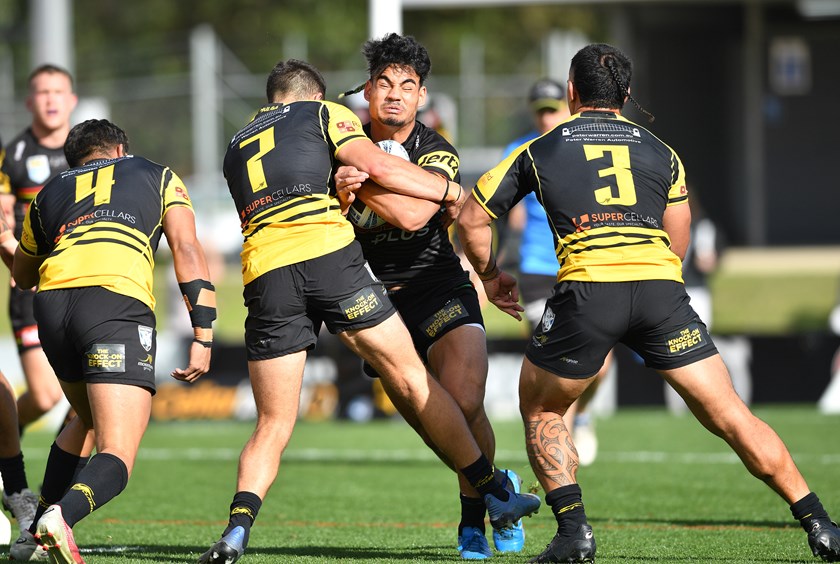 Mounties has overcome a slow start, to inflict Penrith’s first loss of the season with a strong 38 – 16 win over the competition leaders at BlueBet Stadium in an action packed round of the Knock-On Effect NSW Cup.

After winning their first ten matches of the season, despite significant turnover in personnel, the Panthers were looking unbeatable in the 2021, especially after the team raced out to a 10 – 0 lead at home against Mounties.

The Canterbury Bulldogs feeder club finally got their first points of the game in the 32nd minute through Jack Miller, and then collected two more quick tries just before the break to head into the sheds up 18 – 10. From there Mounties controlled the game to record just their fifth win of the season.

The loss by the Panthers allowed the second placed Wests to move closer to the competition leaders after the Magpies recorded their ninth successive win of the season.

In other matches played over the weekend, the Parramatta Eels moved into outright third with a 22 – 12 win over the South Sydney Rabbitohs at Stadium Australia, whilst the North Sydney Bears defeated the Canberra Raiders 34 – 12.

The Blacktown Workers Sea Eagles collected their fourth win of the season with a 38 – 16 win over the Newcastle Knights at McDonald Jones Stadium on Sunday to round out the weekend.

In the Jersey Flegg Cup, the Wests Tigers moved to top spot following their win over the St George-Illawarra Dragons, keeping their undefeated start to the season alive.