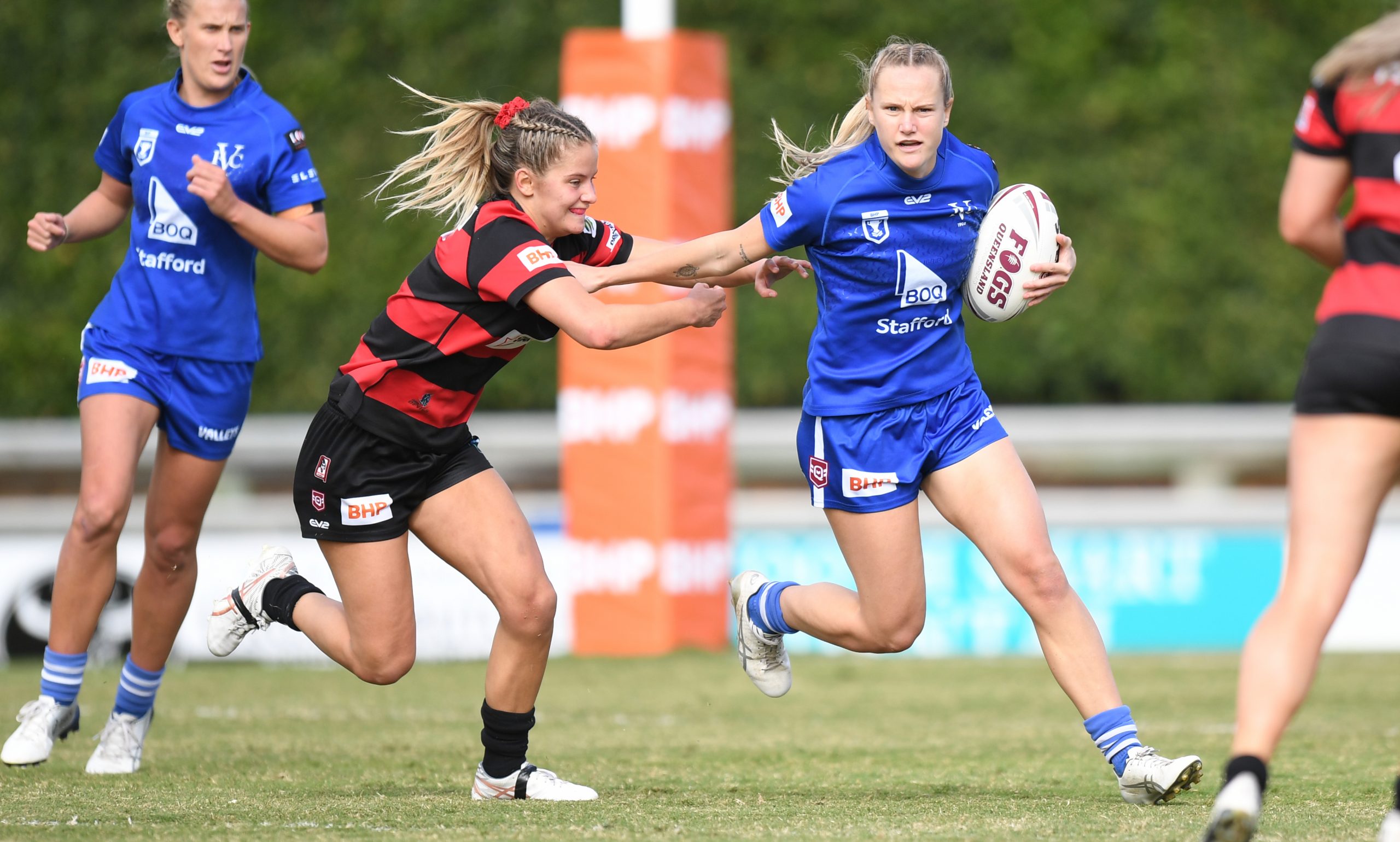 The Valley Diehards will face the Burleigh Bears in the inaugural BHP Premiership Grand Final at Totally Workwear Stadium in Brisbane after two thrilling Semi Finals.

In the first Semi, the undefeated Diehards were pushed all the way by the Wests Panthers before emerging 28 – 10 victors, whilst in the second, the Bears defeated the North Queensland Gold Stars 18 – 16.

Down 16 – 0 at the break, Burleigh fought their way back into their Semi Final thanks largely to two tries from dummy-half Brittany Breayley-Nati.

The Gold Stars came out firing in the opening stages of their Semi, with fullback Romy Teitzel barging her way over for her ninth try of the season to give North Queensland an early lead.

Tries soon after to edge forward Shaniah Power and winger Lauren Moss put the Gold Stars in the box seat with a 16 – 0 lead heading into the break.

Despite some spirited goal line defence from North Queensland to start the second half, mounting possession became too much to handle with Brealey-Nati picking up two almost identical tries within 13 minutes to reduce the margin to just four points.

With just eight minutes remaining, Burleigh halfback Zahara Temara swept across field to put her winger Jetaya Faifua over, before Lauren Brown nailed the conversion from near the sideline to give the Bears their first lead of the match.

Meanwhile in the other Semi, the minor premiers fought off a strong second half surge by the Panthers before extending their undefeated run in the season.