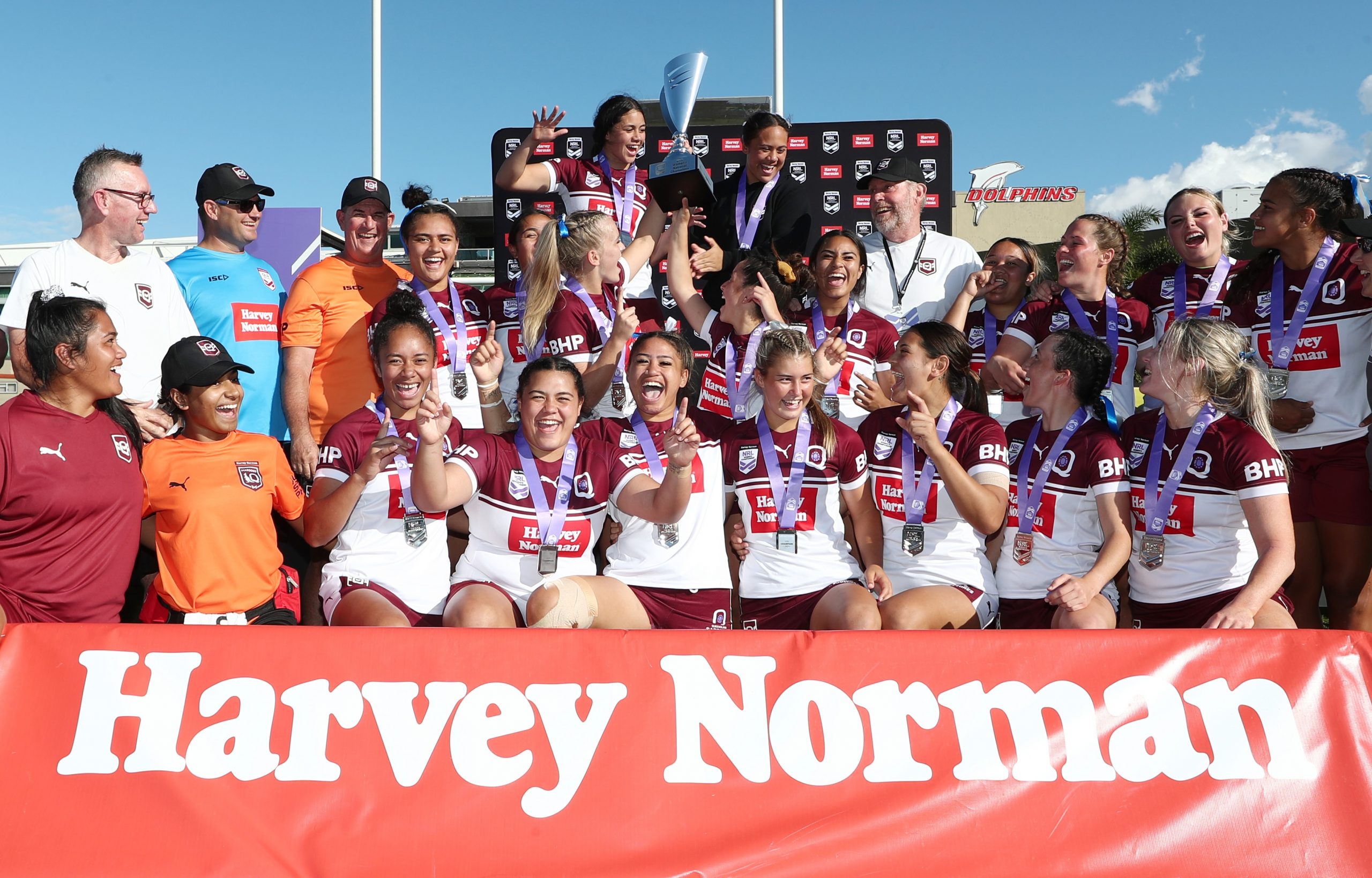 The Queensland Sapphires have taken out the under-19s Harvey Norman National Championships final with a 16-4 win over the Rubys at Moreton Daily Stadium.

In an all-Queensland decider on the fourth day of the tournament, the Sapphires led 8-0 at the break courtesy of tries to Keilee Joseph and Tiamo Williams.

After pulling off a try-saving tackle to get the Sapphires into the final 24 hours earlier, Joseph claimed a second in the 33rd minute to finish her impressive tournament.

A try to Baylee Davies sealed the result for the Sapphires despite the Rubys crossing through Tyesha Mikaio just before the siren.

Davies, who is in the mix for selection in the Queensland under 19s side, said the final was a great way for Maroons hopefuls to impress on the big stage and push for higher honours.

“We’ve always been told we’re the next generation for the NRLW,” Davies said.

“The pressure is on for sure. A lot of us here have definitely got the chance to do that this season. There’s a lot of competition but we’re all really competitive.

“Once you’re in the game you forget about the pressure or the opposition. It’s been a long but great week.

“I’ve really enjoyed it and we’re really grateful to be here.”

Queensland under 19s coach Kelvin Wright will pick a side to challenge NSW’s next generation in a curtain-raiser prior to Ampol women’s State of Origin on June 25.

NSW’s City and Country sides battled out an 8-8 draw in the play-off for third earlier in the day with the match to that will also help pick the NSW under 19s side.

NSW Country crossed first through Sophie Clancy before City hit back five minutes later through Leilani Wilson, who ran a strong line on the left edge.

Bench forward Matilda Jones charged her way over the line to get Country back in front in the 12th minute.

Some desperation defence from City fullback Cassey Tohi-Hiku stopped Charlize Lloyd-Phillips on her way to the line in one of the tackles of the tournament.