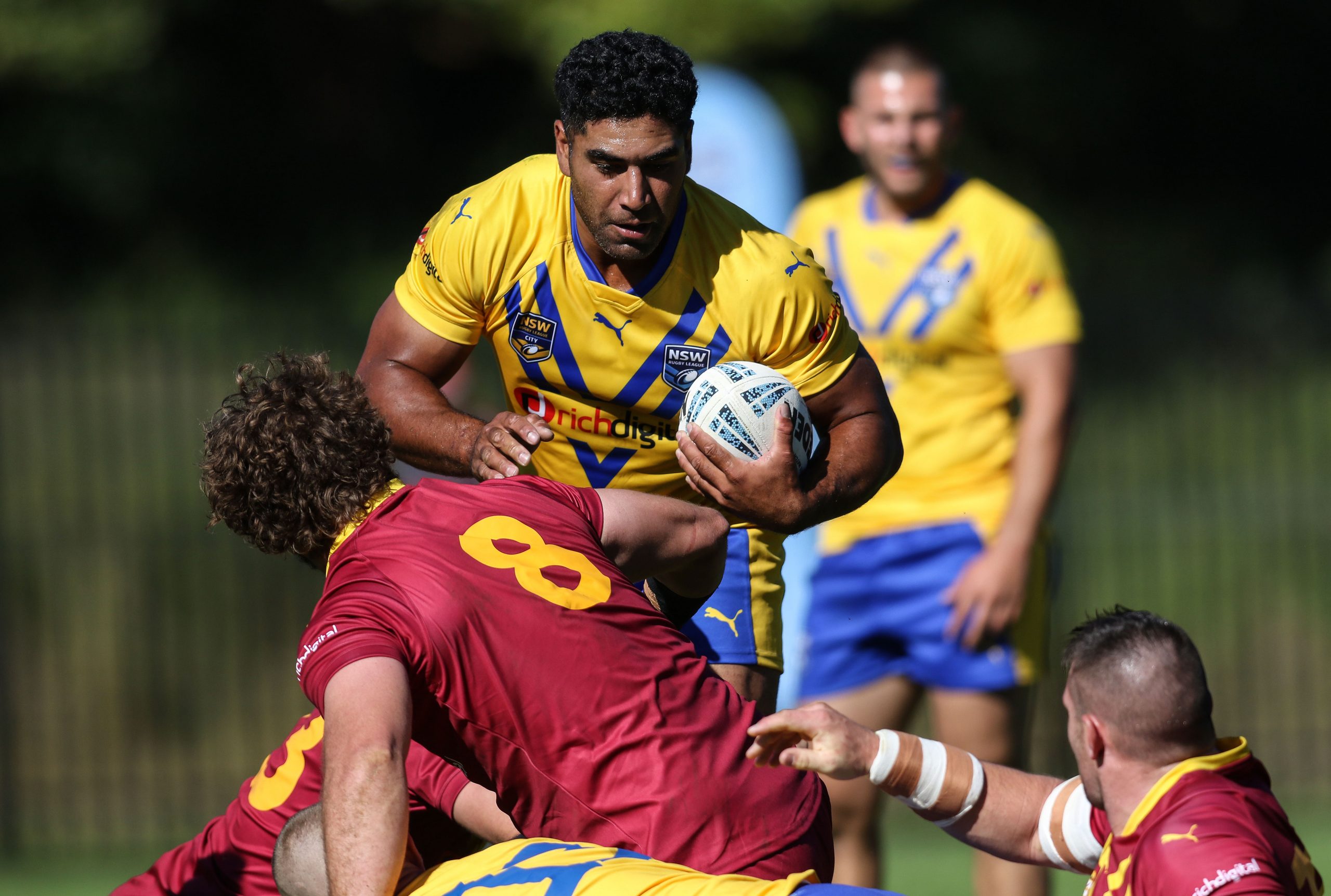 NSW City Men’s team too strong for Country in Figtree

Greene scored a try and set up another in the first half to help set up a 22-0 lead at halftime while Cryer stepped up with three try assists in the second half to snuff out any hope of a Country fightback.

City hooker Soni Luke was named Player of the Match after sparking two tries and keeping City on the front foot all day while the City forwards also deserved a rap after setting a strong platform for the 80 minutes.

Country never stopped trying and were rewarded for their efforts with two tries in the second half but struggled to match the speed of the City team throughout the match.

“It was tough, the Country boys are always physical,” Greene said.

“It was quick there at the start and they really made us work to get our first try and we got a few back-to-back there.

“The second half was much tougher by them, they just never give up.”

The players for the City team had assembled from the Ron Massey Cup while the Country team was made up of players from the Men’s Country Championships.

City fullback Jake Toby handed Country an early opportunity when he knocked on a clearing kick from Cameron Vazzoler but Country were unable to capitalise.

Country compounded the error by conceding a penalty which became a recurring theme in the first half as they struggled to match motors with City.

Toby came close to scoring but dropped the ball with the line beckoning while Eli Roberts couldn’t control a towering kick from Greene.

Eventually, the mounting penalty count and weight of possession against Country proved costly when Luke popped a pass for Danny Fualalo to crash over the line.

It was a big effort from Fualalo who had backed up after taking the previous run and Greene landed the conversion to put City up 6-0.

Greene got involved again after sending Eli Roberts down the sideline with a cut-out pass and then backed up the City winger to score the try and extend the lead to 10-0.

Country had an opportunity when Vazzoler put up a perfectly placed kick for winger Chanse Perham but Toby held off on the tackle until he landed and then cut him down short of the line.

A surging run from Matt Stimson and another penalty conceded by Country provided City with another chance and it wasn’t long before Greene was putting centre Semisi Kioa over the line. Greene landed the conversion from out wide and City were in control at 16-0.

City ensured it would be a long road back when Luke put a grubber kick in for Toby to grab a try just before halftime with Greene converting to make it 22-0.

Country started the second half with plenty of intent with Cameron Davies coming up with a great cover tackle to deny City winger Eli Roberts a certain try.

They went one better when Vazzoler and fullback Dane O’Hehir combined to put Perham over the line. Hamish Oxley converted to make it 22-6 and keep Country’s hopes alive.

City sparked into action with Kane McQuiggin, Kieran Hayman and Toby all grabbing tries to extend the lead to 38-6. Cryer had a hand in all three including an ugly-looking towering bomb that was spilled backwards for O’Hehir for Hayman to chase down and score.

Country never stopped trying and captain Jake Goodwin scored a well deserved try in the final 10 minutes with Oxley landing the conversion to make it 38-12 at fulltime.