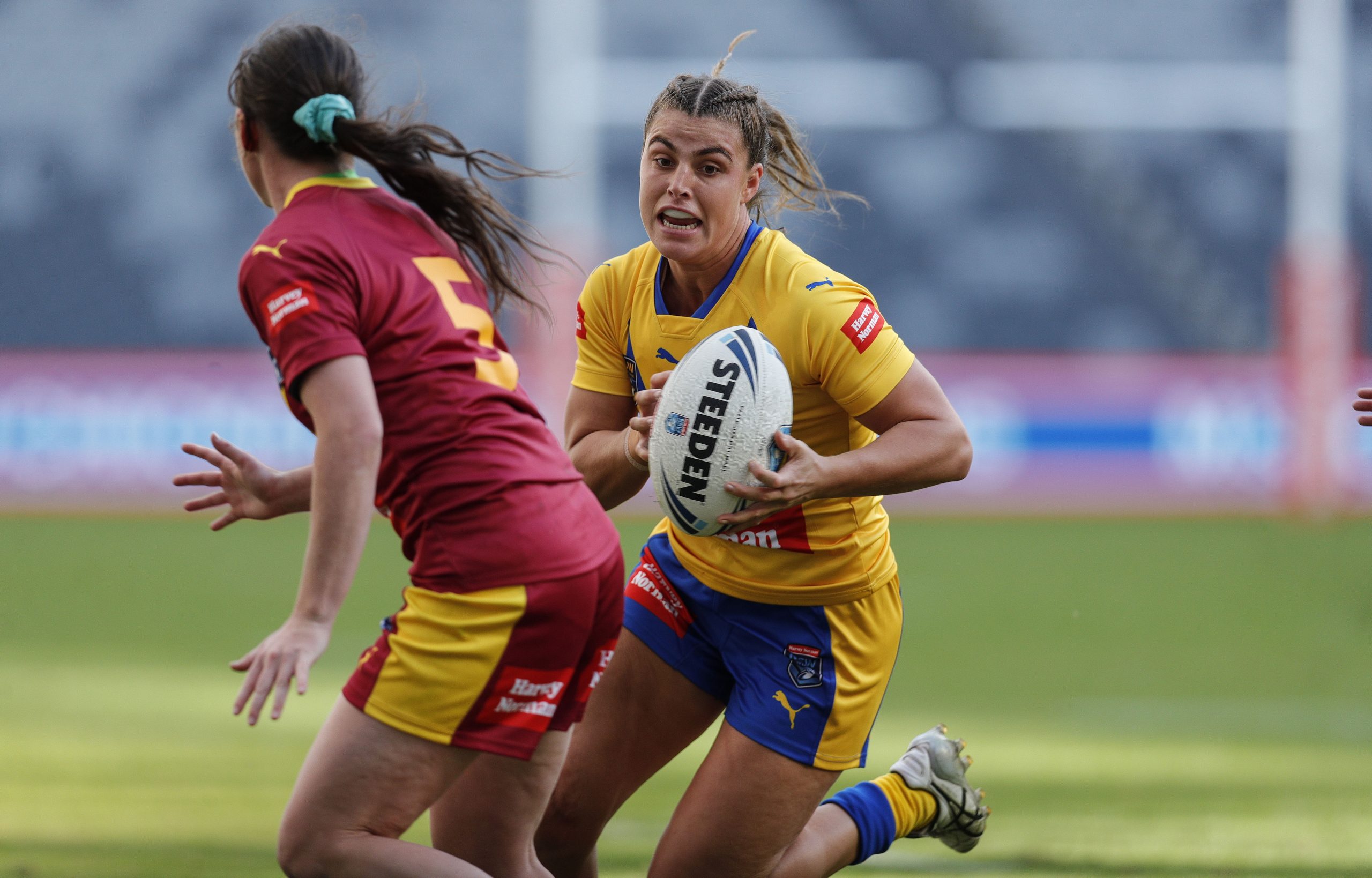 A hat-trick of tries in a Player-of-the-Match performance by Jess Sergis was one of the highlights in City’s comprehensive 40-16 win over Country in the Harvey Norman NSW Women’s Country v City match at Bankwest Stadium on Saturday 15 May.

NSW Country were first off the blocks after five-eighth Jocelyn Kelleher went herself off the back of a scrum play and crashed over on the right edge just four minutes in.

But then the remainder of the half was all one-way traffic to City. Led by Sergis, City’s right edge proved unstoppable and they combined to give City their first try of the match. After the ball spun out to the right, Sergis busted several tackles and offloaded to Sarah Togatuki who was able to tip the ball on to Corban McGregor. Maddie Studdon was successful with the boot and City led 6-4 after nine minutes.

Studdon’s game management was instrumental in the win for City as they started to build pressure off the back of repeat sets. The pressure proved too much for City as Studdon again stepped up and launched a short side raid down the left edge and sent Tiana Penitani over for City’s second try.

Sergis opened her account in the 20th minute after a strong run saw her carry a number of defenders over the line and score, as City went up 14-4.

The right edge for City struck again as McGregor and Sergis combined to send Jocephy Daniels crashing over in the corner and back-to-back tries put City ahead 18-4 after 24 minutes.

A quick play the ball from Kennedy Cherrington gathered some momentum for City and it was their right edge who were able to capitalise. The very next play, McGregor showed why she is one of the best ball players in the game as she linked up with Togatuki, who tipped it on to Sergis as she raced away 50m to score a brilliant team try and her second. Studdon converted to put City in front 24-4 heading into half-time.

Country had a promising start to the second half after Keeley Davis put Tayla Predebon over with a short ball in the 44th minute, and Rachael Pearson converted to make It 24-10.

The next try came after Studdon toed a loose ball through and pulled off a freakish tip on to put Shanice Parker over on the left edge to put City up 28-10.

Soon after, Country hit back from a Kelleher bomb which was batted back by Tess Staines to put Rachael Pearson over next to the posts. Kelleher converted her own try to make it 32-16 in the 61st minute.

The right edge cashed in again after Togatuki went down the short side and combined with Sergis who carried three defenders over the line and scored her third four-pointer.

With only a few minutes to spare, City shifted to the right and Sergis drew in two defenders and passed on to Daniels, who tip toed down the sideline to crash over in the 72nd minute and secure a 40-16 victory for City.