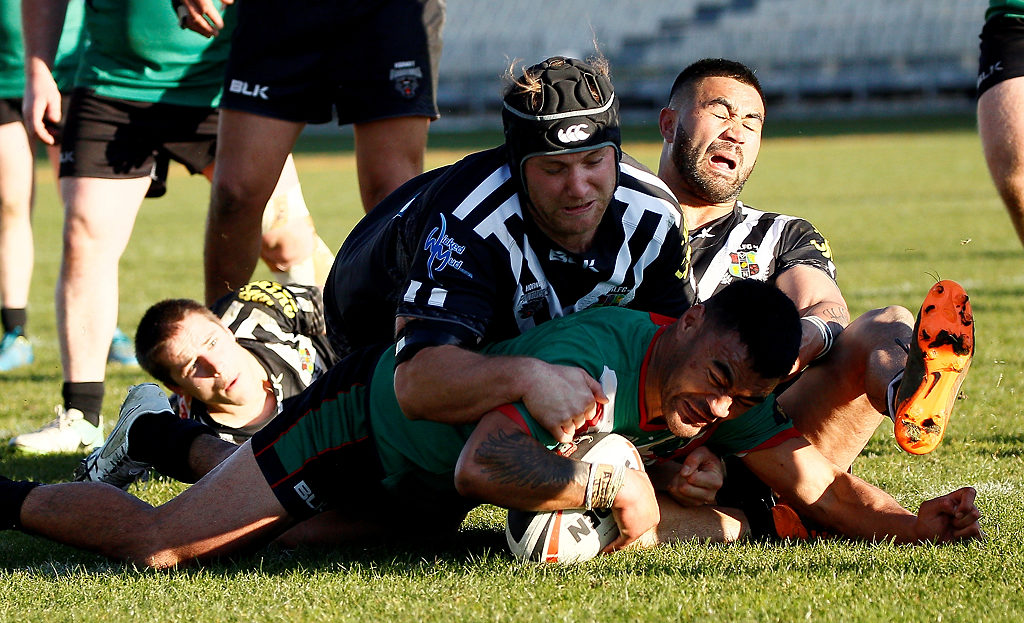 The Hornby Panthers have claimed top spot in the Canterbury Men’s Premiership after defeating defending Champions, the Linwood Keas on Saturday.

The Panthers emerged 14 – 10 victors in the top of the table clash at Leslie Park, with Panther’s captain, Sincere Harraway playing an integral role with two of the Panthers’ three tries.

In other matches played over the weekend, the Riccarton Knights and Northern Bulldogs chalked up their second wins of the season, knocking off the Celebration Lions and Halswell Hornets respectively to create a midtable logjam, with only two points separating teams three to six.