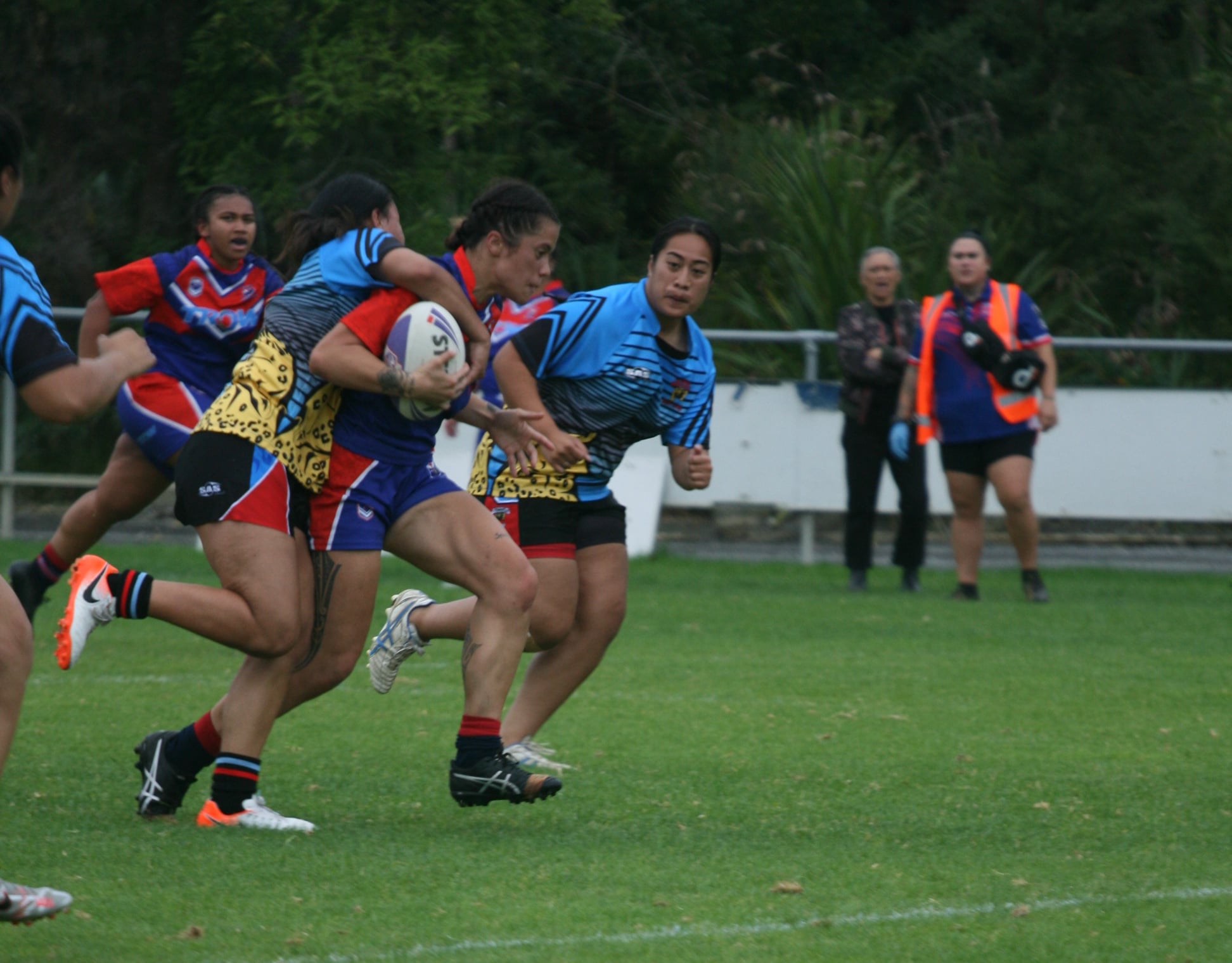 Match reports from Round 2 of the Farrelly Photos Women’s Competitions, played on May 9.

Richmond 10 lost to Manurewa 30
MJ Finau continued her strong start to 2021 with a double against Richmond. Manurewa led by four at the break before scoring 20 points in the second period.

Farrelly Photos Women’s Championship
Marist 10 lost to Manukau 32
Cassandra Tere scored three tries for Manukau as they got up for their second win of the year. The Magpies led at the break and controlled most of the encounter at Murray Halberg Park.

Glenora 32 lost to Howick 44
Captain Peta Gale and fullback Mel Weilert both scored three times for Howick to help them emerge victorious in a 76-point thriller at Harold Moody Park. In a beaten side Clem Varea was outstanding, scoring four tries.

Taniwharau 34 defeated Manurewa 6
Kiwi Fern Autumn-Rain Stephens crossed for a pair of tries to help her side remain unbeaten. The Waikato-based side led 10-0 at the half before powering on with the job.

Otara 44 defeated Tuakau 12
Toa Filimoehala, Leigh Drolett and Rowena Pati all scored doubles in a big win for Otara. It was the Scorpions’ first win of 2021.