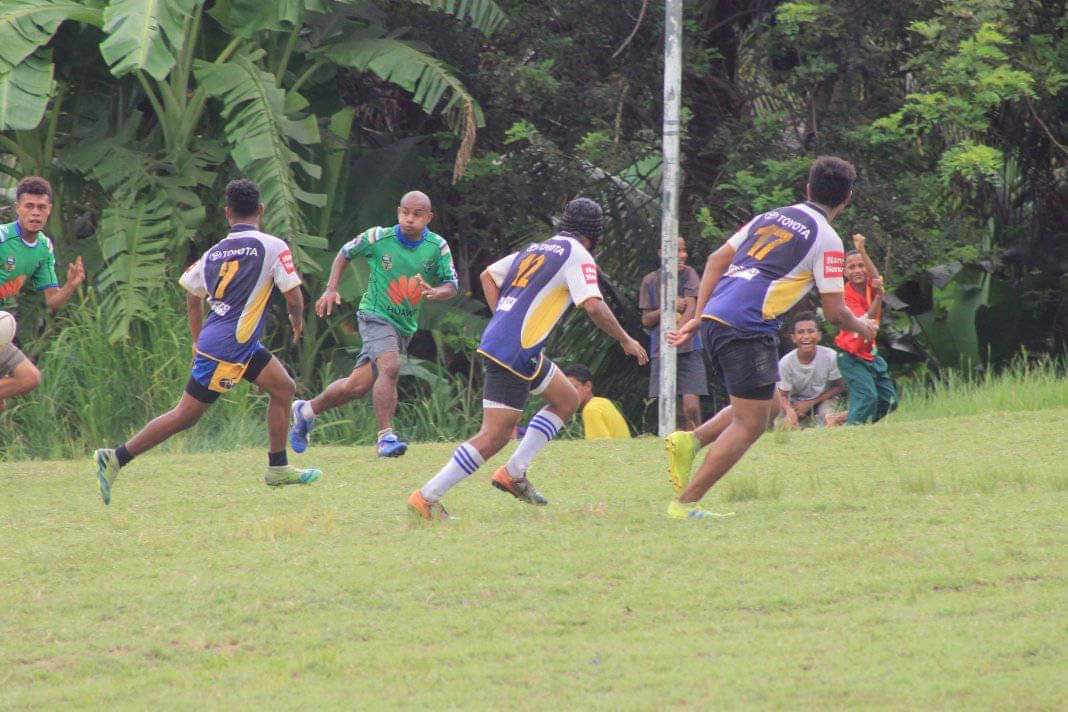 Competitive Rugby League returns to the town of Tauruba

After a two year hiatus, competitive Rugby League returned to the town of Tauruba over the weekend, with six matches held at the Tauruba School Oval.

Located in the Central Province of Papua New Guinea, the Tauruba Rugby League experienced a period of decline which resulted in 2018 being the last time a competitive competition was held in the area.

Thanks to a resurgence of interest off the back of the Central Dabaris Governors Nines and the 2020 PNG Independence celebrations, two six team (A-Grade and B-Grade) competitions will take place in 2021.

Kicking off proceedings last weekend, the Gata Brothers and Dogolo United Raiders enjoyed victories in both the A-Grade and B-Grade competitions, whilst the Gubuligele Sharks handed 2018 Premiers, the Lamanagolo Eels a 36 – 0 defeat at the School oval.

Round Two of the competition takes place this weekend with Moraginis facing the Gubuligele Sharks, whilst the Gata Brothers take on Kippa Manu. The Eels will face the Dogolo United Raiders in the Final game of the weekend.