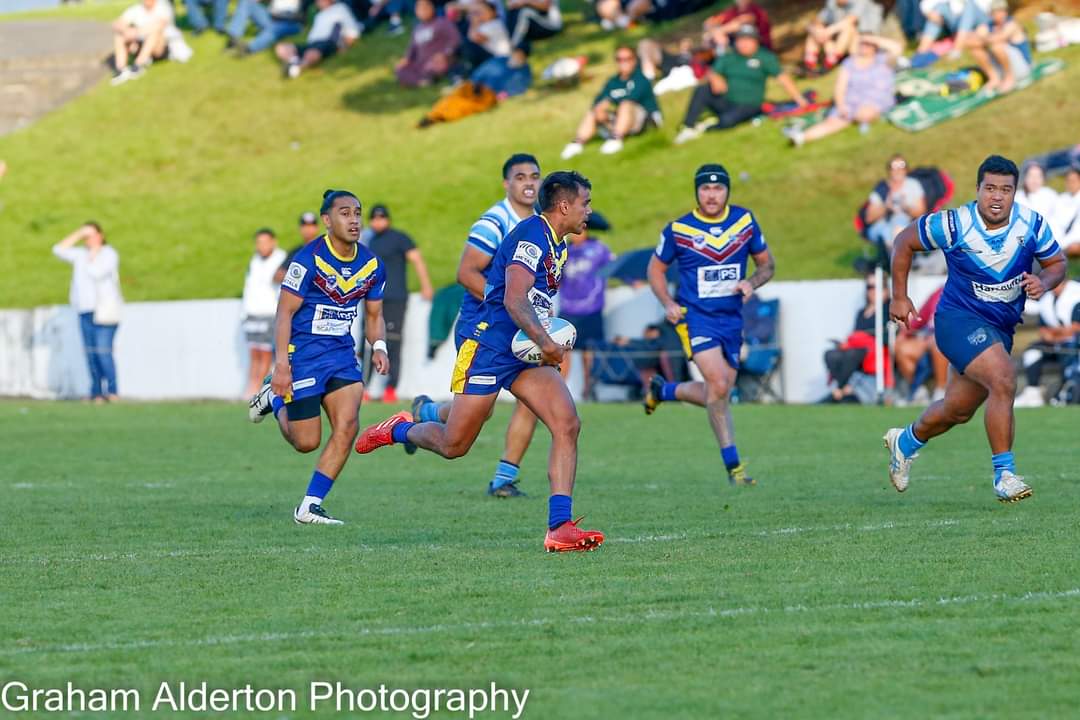 Match reports from Round 4 of the first division SAS Fox Memorial Premiership Qualifiers played on May 1.

Te Atatu 52 defeated Papakura 20
After a winless opening three weeks Te Atatu powered to their first victory of 2021, helped along by doubles to Tuteauru Maipi and Wheriko Tawhiri. The Roosters led 24-10 at the break and managed to find another gear in attack in the second 40 minutes.

Richmond 32 lost to Bay Roskill 58
Former Kiwi international Ben Henry put on a masterclass at Grey Lynn Park to lead Bay Roskill to their second victory of the year. The halfback scored four tries and set up several more, with Jarvis Leaoseve also helping himself to a double. In a beaten side prop Sione Ngahe scored a hat trick of tries for Richmond.

Glenora 42 defeated Northcote 20
Glenora retained control of the Roope Rooster challenge trophy with a 22-point win over Northcote. The Bears led 30-10 at the break before going on with the job. The game saw four Ioka brothers – Zion, Utah, Esom and Kadiaye – take the field together for the club for the first time.

Pt Chevalier 32 defeated Marist 16
The Pirates remain undefeated through the first month of the competition thanks to a win over neighbouring Marist at Walker Park. Star forward Patrick Sipley stood out once again, while experienced centre Malo Solomona was a shining light for coach Frank Fuimaono.

Mangere East 26 lost to Mt Albert 40
Mt Albert put forward a dominant showing against Mangere East to pick up their first win of the year. Makeshift five-eighth Cole Waaka scored a double in the win and forward Kristian Petty impressed with his work on both sides of the ball.

Howick 38 defeated Otahuhu 24
A 24-point haul in the final 20 minutes lifted Howick to a comfortable victory over Otahuhu, after they had trailed the Leopards 24-14 as the final quarter of the match approached. Veteran prop Tony Tuia laid on a number of tries in the win, while Jethro Friend and Andre Kahui-Singh scored doubles.