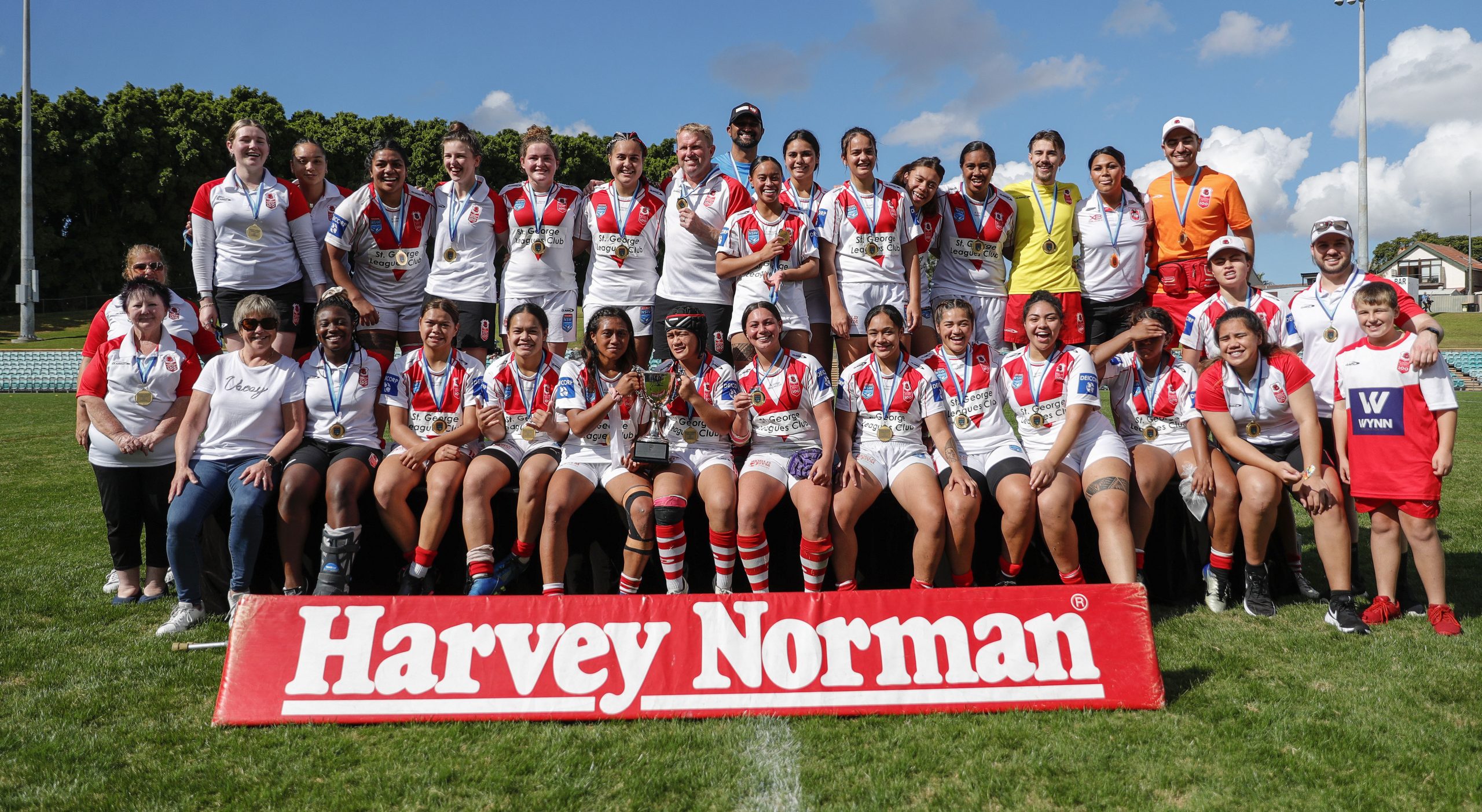 St George Dragons have continued their giant-killing form in the Harvey Norman Tarsha Gale Cup after scoring a convincing 30-4 win over Sydney Roosters Indigenous Academy in the Grand Final at Leichhardt Oval today.

The Roosters took a 4-0 lead after only three minutes but it was all the Dragons from that point on with Reuben Cherrington finishing the match with a double.

“First I’d like to shout out to the Roosters,” Jodeci-Boyce said.

“You’ve been winning the whole season, we were terrified versing you.

“Thank you to all my family, I definitely wouldn’t have made it without you.”

Roosters backrower Otesa Pule has been in great form for the tricolours this season and she put her team on the front foot early after breaking through the defence to charge upfield.

Pule was eventually cut down by the Dragons defence but the damage was done with prop Keilee Joseph crashing over the line a short time later to put the Roosters up 4-0.

From that point on it was all the Dragons. A Roosters turnover from the kick-off put the Red V on the attack and a sublime long pass from Luisa Yaranamua gave centre Rosemarie Beckett enough time and space to step back infield to score. Stella Tijou added the extras to put St George in front 6-4.

The Dragons received another attacking opportunity when a scrum was packed 10 metres out from the Roosters line and fullback Cassey Tohi-Hiku showed blistering accelerating to sprint across field before straightening up and bursting through the goal-line defence to crash her way over the line.

Tijou missed the conversion but St George was on top at 10-4.

The Dragons finished the opening half with another try after stretching the Roosters defence wide before backrower Katarina Raravula put Rayven-Jodeci Boyce over the line for a 14-4 halftime lead.

The Roosters started the second half with plenty of intent but couldn’t convert that into points and the road back got a little harder after Yaranamua dummied before dragging three players over the line. Tijou added the extra to put the Dragons up 20-4.

The Roosters never gave up and showed great determination to chase down Tijou and pull her down just short of the line after she seemed certain to score in one of the highlights of the second half.

The Dragons were unable to take advantage of the momentum but halfback Reuben Cherrington added a double in the final 10 minutes to help extend the lead to 30-4 and ensure it was a day of celebration for the Red V.