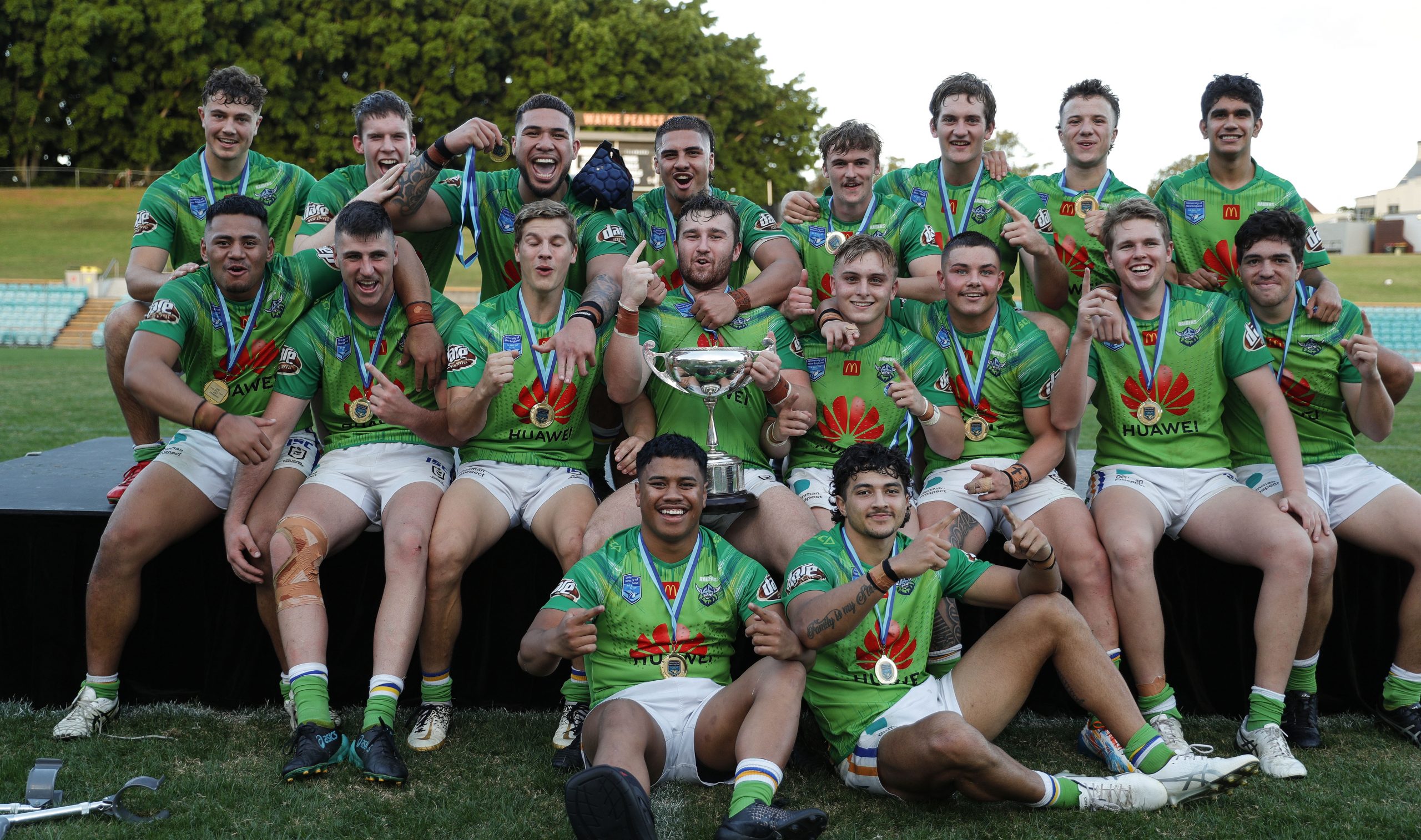 Canberra Raiders have defeated Illawarra Steelers 18-14 in a hard fought UNE SG Ball Cup Grand Final that went down to the wire.

Both sides came out of the sheds firing and with a dry track at Leichhardt Oval, there looked to be plenty of points on offer.

The Raiders started to gain ascendency early after Caleb Esera started to generate some ruck speed. A few plays later, Toby Thorburn was able to capitalise as he dropped Esera underneath who crashed over for the first try. Mitchell Spencer was successful with the conversion to bring his side out to 6-0 after 12 minutes.

The Steelers hit back soon after through some crisp backline play saw Brandon Morkos beat his man to go over on the right edge and bring his side within two points.

An error from the Steelers gifted the Raiders attacking field position and they wouldn’t be denied after Raiders halfback Sione Moala dummied and carried several defenders over the line to score their second try of the match. Spencer continued his good form with the boot to bring the score to 12-4 after 25 minutes.

It was an enthralling end to the half as the Steelers threw everything at the Green Machine and fans were soon celebrating after Tyrell Sloan trickled a grubber kick through for a try. The joy was short-lived after the try was ultimately disallowed and the Raiders went into the sheds leading 12-10.

The start of the second half looked promising for the Raiders after Trey Barlow threw an intercept and Joshua Billing raced away, until a brilliant cover tackle from Sloan brought him down near the line. With the Raiders on the attack, some bruising defence from the Steelers forced the ball free and stopped the Raiders momentum.

It was the Raiders who were next to score after launching a short side raid which was finished off by Jack Sandford. Spencer converted to make it 18-10.

UNE SG Ball Cup Player of the Series Junior Amone stepped up when his side needed it most and threw a brilliant cut out ball for Alexander Lobb who beat several defenders to score and bring his side within four points.

Errors started to creep in for both sides in the closing stages and the Steelers found themselves with an opportunity to draw the scores level. The crowd were soon on their feet after Amone ran down the right-hand side of the field, beating several defenders until the ball eventually was lost, along with any chance of a Steelers comeback as the Raiders came away 18-14 winners.