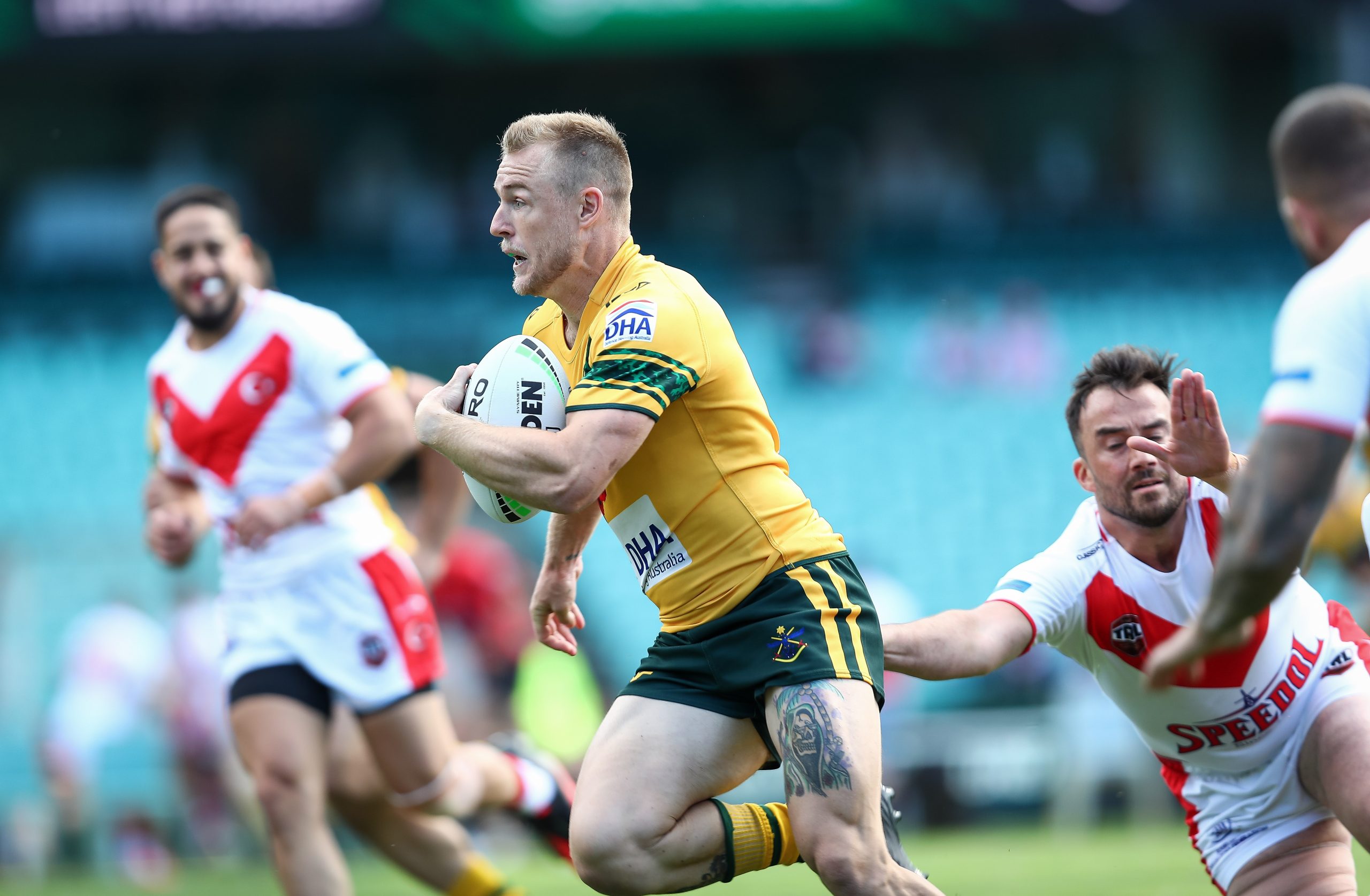 Doubles to Thalia Tabuai and Mitch Simington have helped guide the Australian Defence Forces to a crushing 46-0 win over Turkey XIII in an Anzac Day curtain-raiser at the SCG on Sunday.

Individual efforts from Tabuai and Simington were among the highlights in the nine-try romp in an event both sides hope becomes an annual fixture.

Tries to Tabuai, Joel Munroe, Mitchell Walton set up a 14-0 lead at half-time before the ADF piled on a further 32 points in the second half.

A strong individual effort from ADF centre Jake Mason, to push his way past three defenders, extended the side’s lead after the break.

The Turkish side had their chances during the match but couldn’t capitalise on field position in front of a huge crowd building at the historic venue with completion rates an issue for the team.

Simington’s second was quickly followed by tries to BJ Ruttley and Dylan McGregor, before Tabuai put the icing on the cake with a try from the restart before the siren.

While not the result the Turkish side was hoping to achieve, captain Arda Dalcik said playing before the main game was an honour.

“For the Turks to represent our country on Anzac Day in the Gallipoli clash, or Canakkale as it is called in Turkish, means a lot for our heritage and our cultural identity,” Dalcik said.