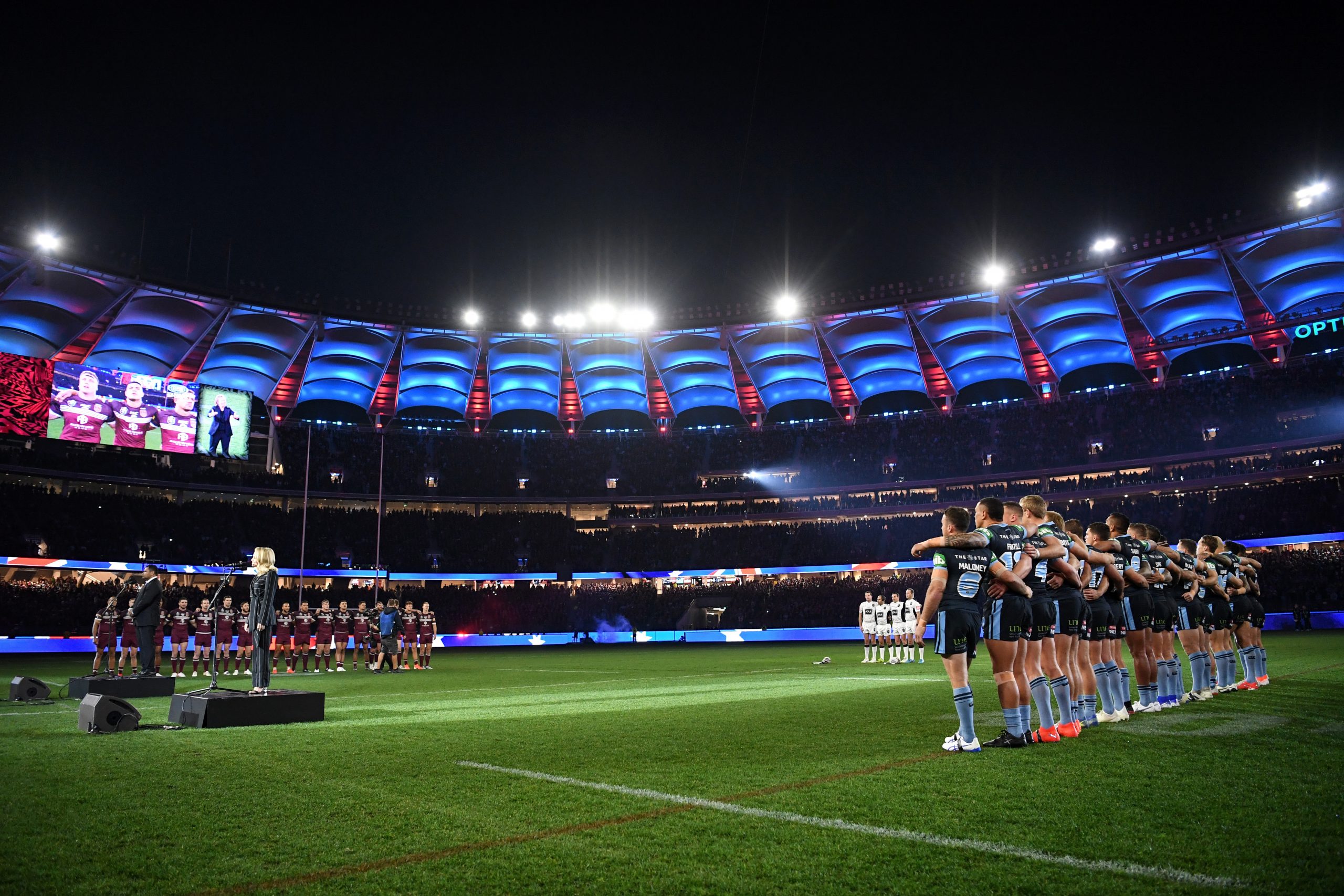 State of Origin to return to Perth in 2022

Perth has been locked in to host its second State of Origin match with game two of the 2022 series to be played at Optus Stadium.

ARL Commissioner Peter Beattie made the announcement in Perth on Wednesday, declaring the success of the West Australian capital as an Origin host venue in 2019 ensured it would again be part of the future schedule.

“State of Origin is the biggest brand in Australian sport and it now has a truly national footprint,” he said.

“When we first took Origin to Perth in 2019 the event was so popular it broke the ground record at the time. We’re looking forward to building on that success next year.

“Perth deserves to host Origin again and we are privileged to bring the contest back.”

The move is in line with the NRL’s policy of one neutral venue and one home venue for each of the states in the Ampol State of Origin series. The showpiece event will be played in Melbourne this year, followed by Perth in 2022, and Adelaide in 2023.

“On much of the east coast, the State of Origin is as big as it gets in terms of sporting events. My government is delighted to partner with the NRL to bring State of Origin back to WA – for local fans and the multimillion-dollar boost it will provide to the WA economy, tourism, hospitality and local jobs,” he said.

New Maroons coach Paul Green described Optus Stadium as a world-class venue – “That factor alone makes next year’s game an appealing prospect for the players and the many fans in Western Australia who love their rugby league.

“Our players who were part of the historic first game in 2019 still speak about the enormous amount of support they received, both before and during the game, and we look forward to seeing another sea of maroon in the stands.”

Not surprisingly, Brad Fittler is keen to get back to the venue after his team’s emphatic win two years ago and wants as many NSW fans as possible to fill the stadium with blue wigs.

“I have wonderful memories of our first Origin experience there for game two in 2019. It is a great stadium and Perth is a fantastic city to visit.

“Origin is such a special event and playing at iconic venues in non-traditional markets is a great way to showcase our game.”