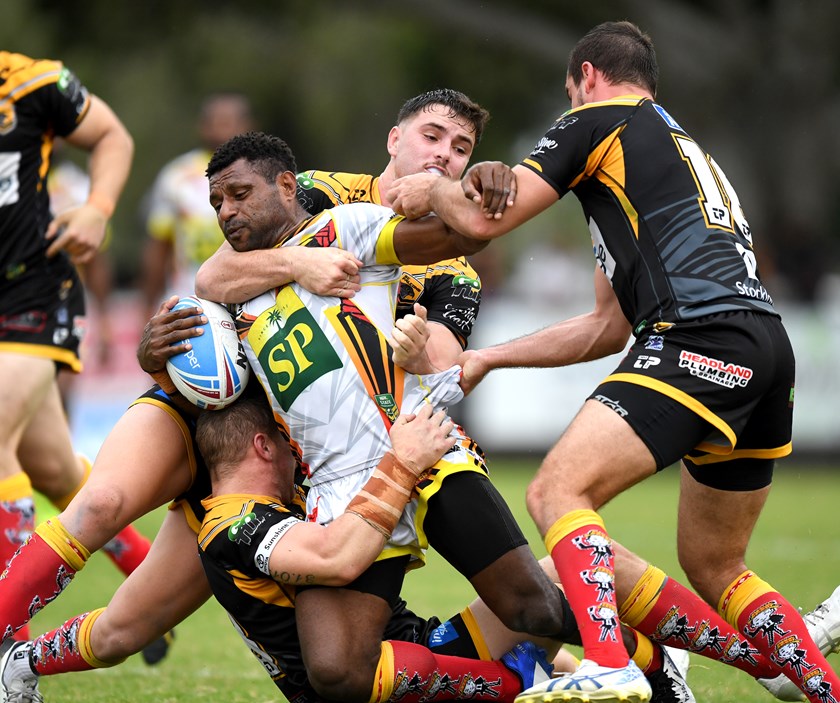 The Papua New Guinea Hunters sounded a warning across the Intrust Super Cup on Saturday when they dismantled Sunshine Coast Falcons 32-12 in a stirring Rivalry Round win at Bycroft Oval.

The Hunters repelled the Falcons with their trademark defensive intensity before Norman Brown and Benji Kot grabbed two tries each to help PNG to its third win from four matches.

The win sees the club now move to third on the Intrust Super Cup ladder, just behind the Norths Devils and Wynnum Manly Seagulls who both continued their undefeated starts to the season.

For Wynnum Manly, Round Four was the first time in 19 months that the club had the opportunity to play at their beloved home ground of BMD Kougari Oval and the club rose for the occasion recording a 34 – 28 win over the Redcliffe Dolphins.

In the battle of the North, the Cairns based Northern Pride edged the Townsville Blackhawks at Queensland Country Bank Stadium, whilst the Mackay Cutters defeated the Central Queensland Capras in Gladstone.

Finally in Ipswich, the Brisbane Tigers made it back to back victories, defeating the Ipswich Jets 36 – 12.