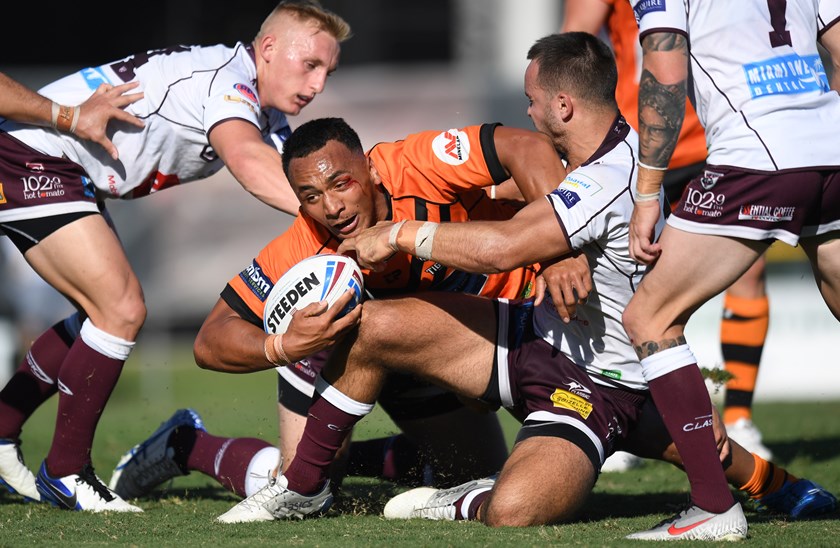 Brisbane Tigers record first win of the season, PNG Hunters make it back to back

A week off over Easter appears to have brought on a form reversal for the Brisbane Tigers, with the side recording a convincing 50 – 10 win over the Burleigh Bears at Totally Workwear Stadium on Sunday.

Heading into the game with a points differential of negative 60, the Tigers were far from favourites heading into the match, especially after losing 40 – 10 against Norths and 30 – 0 against Townsville, but thanks to a horror start by Burleigh, gave the home team the confidence they needed to record their first win of the year.

In other matches played over the weekend, the Tweed Seagulls blitzed the South Logan Magpies in the second half, scoring 28 unanswered points to run out 40 – 26 at Tugan whilst at Mackay, the PNG Hunters recorded back-to-back wins, running out 26 – 14 winners against the Cutters.

The Norths Devils scored three tries in eight minutes to topple the Townsville Blackhawks 30 – 22 at Bishop Park to continue their undefeated start to the season, whilst a penalty goal to Hayze Perham in the 79th minute secured the Redcliffe Dolphins their first home victory of the season, defeating the Central Queensland Capras 24-22 at Moreton Daily Stadium on Saturday night.

In the top of the table clash, the Wynnum Manly Seagulls handed the Northern Pride their first loss of the season following a 36 – 6 victory in Cairns on Saturday night, whilst the Sunshine Coast Falcons recorded their first home victory of the season with an impressive attacking display to record a 36-20 win over the Ipswich Jets at Sunshine Coast Stadium.