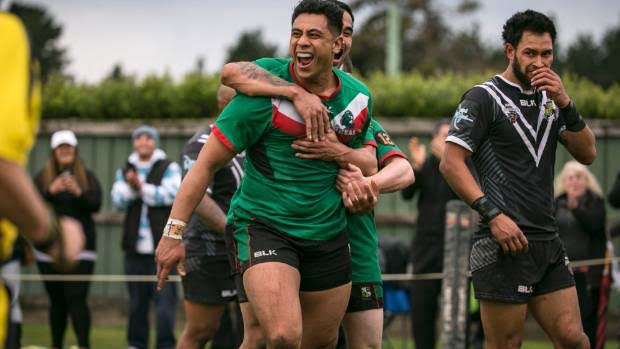 The Linwood Keas have started their quest for a sixth straight Canterbury Men’s Premiership title with a win over the Northern Bulldogs in the opening-round Grand Final replay, whilst the Hornby Panthers and Celebration Lions also recorded wins over the weekend.

The Keas were able to hold off a Bulldogs fightback to record a 26 – 16 win at Ngā Puna Wai, whilst in the Wainoni Park derby, the Celebration Lions went from trailing 10 – 6 just before halftime, to recording a 40 – 10 win over the Eastern Eagles.

At Leslie Park, 41-year-old club legend Corey Lawrie and son Jayton took the field together for first time for the Hornby Panthers, with the team celebrating the significant moment with a 40 – 6 win over the Riccarton Knights.

In the Final match of the round, the Halswell Hornets defeated the Papanui Tigers 20 – 0.

In the Canterbury Cup, Linwood’s reserves also enjoyed a win over the Northern Bulldogs, winning 36 – 20, whilst the Halswell Hornets and Marist-Papanui played out a 12-all draw in the other Canterbury Cup encounter at Ngā Puna Wai.

The Shirley Hawks ran riot against the Eastern Eagles at Wainoni Park, running out 56 – 14 winners, whilst the Woolston Rams made an opening round statement against the Ashburton Barbarians.