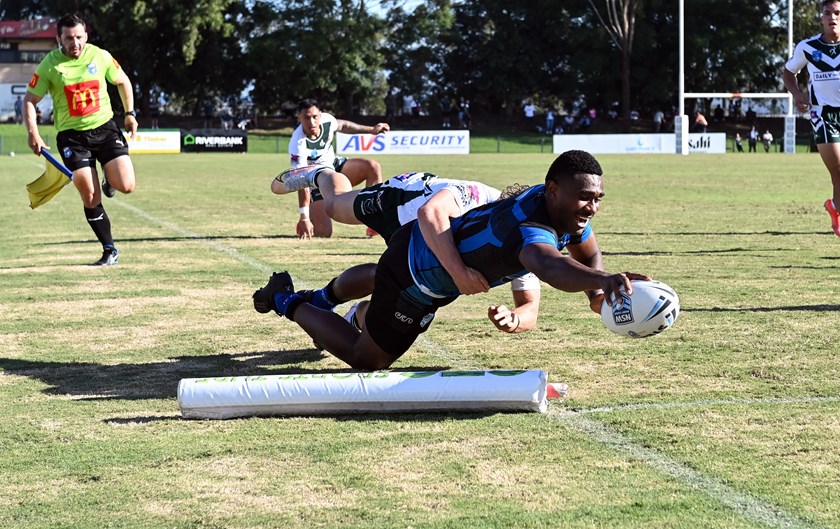 The St Marys Saints showed that they’ll be one of the favourites to win the 2021 Ron Massey Cup after a ruthless 56 – 6 win over the Kaiviti Silktails in Guildford over the weekend.

After winning their opening encounter against Glebe, the undefeated Saints put on a masterclass against the Fijians, with wingers Luke Geary and Ratu Luke Nadurutalo crossing for seven tries.

Silktail centre, Ratu Inoke Vasuturaga, scored the only try for the Fijians, who will now look to regroup before their match against the currently winless Windsor Wolves.

In other matches played, the Blacktown Workers Sea Eagles recorded their first win of the 2021 Ron Massey Cup season with a 16 – 10 victory against Cabramatta, whilst Wentworthville won the battle of the Magpies defeating Western Suburbs 56 – 12.