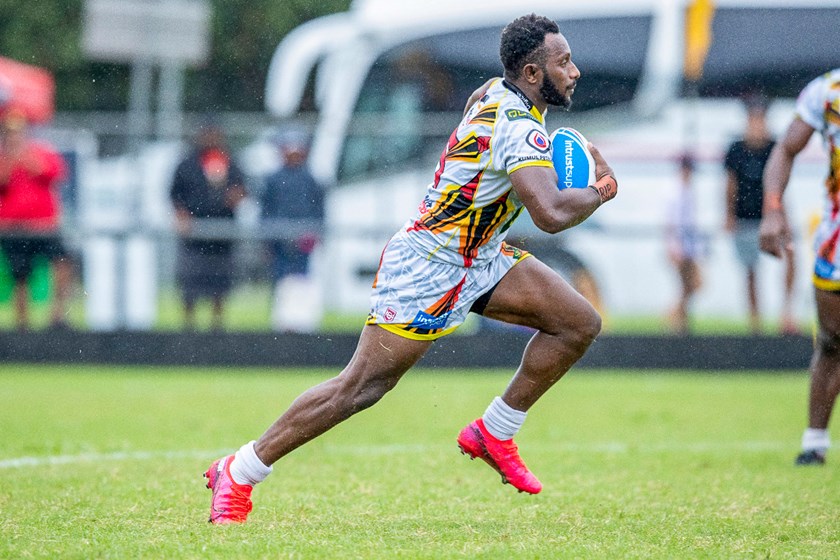 The PNG Hunters have left behind the challenges of their pre-season preparations with a dominant second half performance against the Ipswich Jets to seal their first win of the 2021 Intrust Super Cup season.

The 44 – 22 victory included three tries to winger Brendon Gotuno as the Hunters overcame a half-time deficit in their second round match at Bycroft Oval on the Gold Coast.

The Hunters will now head north to Mackay next round to face a Cutters outfit which will be looking to bounce back after falling to the Burleigh Bears at Pizzey Park. After losing forward Emry Pere in the lead up to the match, the Cutters failed to match it with Burleigh, falling 28 – 14.

Up north, the Townsville Blackhawks continued their dominant start to the competition, defeating the Brisbane Tigers 30 – 0 at Jack Manski Oval whilst the Central Capras and Northern Pride fought it out for an 18-all draw in Rockhampton.