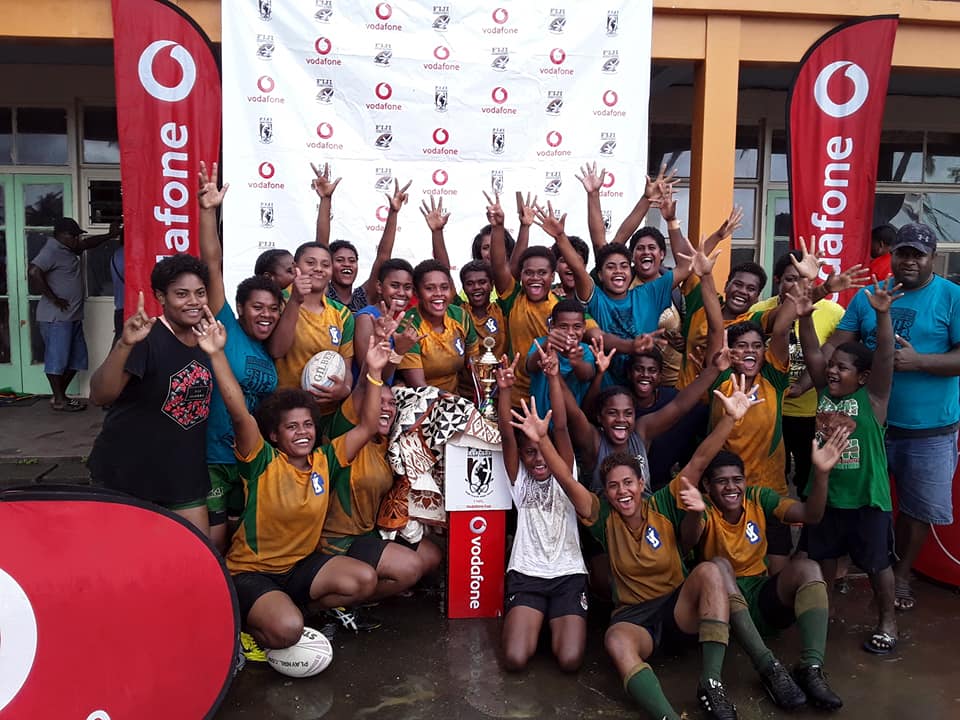 The St Vincent College Eagles from Tailevu are the 2021 Fiji Secondary Schoolgirl’s Nines champions after defeating the Naitasiri Panthers in Saturday’s Final.

On their road to the Final, the Eagles defeated defending Champions, the Lomaivuna Rabbitohs, and one of the competition favourites, the Lelean Bati, before defeating the Panthers 8 – 6 to claim the Soqoiwasa Trophy.

In the second year of the tournament, fifteen teams from ten schools across Southern and Eastern Fiji took part.

South-Eastern Zone President Penaia Qalituraga commended the support of communities from the ten schools that participated and their players.

“I’m truly proud of the girl’s game and how far it has come to what it is today. The show of talent and budding skills and the lively support of our fans is really overwhelming”, Qalituraga said.

“We thank Vodafone Fiji for their support to the games. The girls game can be bigger than what it is today and hopefully, we can get more funding for the girls’ game from FNRL.”

Following on from the tournament, the FSSRL will introduce a new nationals format for the Open Grade girl’s competitions, which will be announced next week.