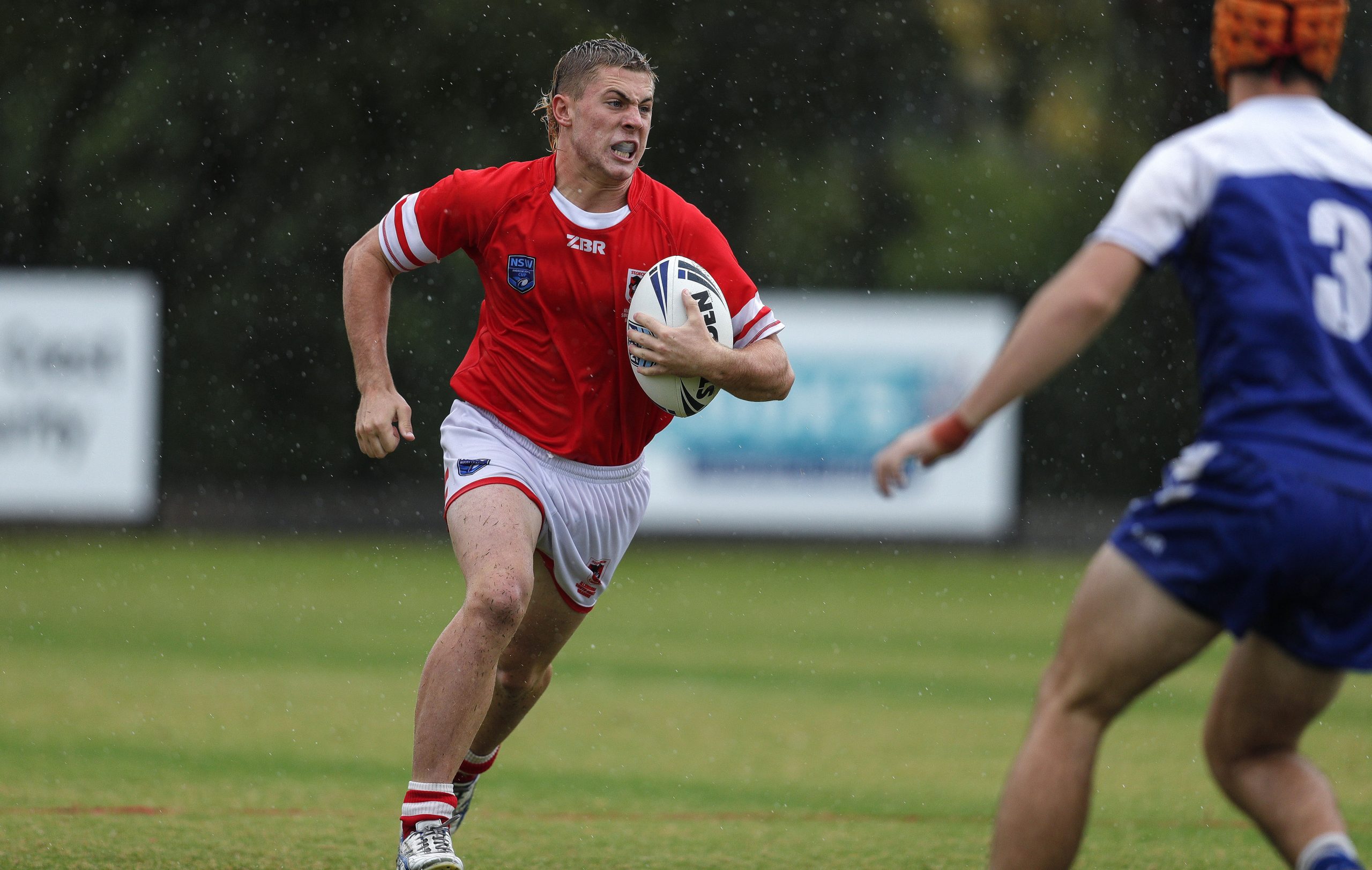 The Illawarra South Coast Dragons and Central Coast Roosters recorded convincing wins in the SLE Andrew Johns Cup semi-finals on Saturday to book their places in next week’s grand final.

The Dragons took on the North Coast Bulldogs to kick-off Saturday’s double-header at HE Laybutt Field with No.17 Isaac Laughton and hooker Dextar Grant scoring two tries apiece en route to a 22-0 victory.

The following fixture saw Northern Conference leaders the Central Coast Roosters lining up against Monaro Colts as winger Noah Owens scored early in what was the sole try of the first half.

The Roosters scored three more tries in the second half through fellow winger Jarrod Dann (2) and second row forward Jack Legge to run away with an 18-0 win.

With the two competition heavyweights – Illawarra South Coast and Central Coast – securing victory at the semi-final stage, the Johns Cup decider will be anyone’s game as both sides go into the clash without a loss to their name for 2021.

Despite the difficult conditions in both matches, it was the Roosters and Tigers who came out on top at the end of 60 minutes after scoring first points against their respective opponents.

It was a low-scoring affair for the Roosters in their 12-6 win over Monaro Colts with hooker Tyler Moriarty scoring both four-pointers for the tricolours.

The Northern Tigers led 12-0 at halftime against the Western Rams and although they conceded a try late in the second half, Tigers centre Blake Johnston scored with eight minutes remining to seal the 16-10 victory.