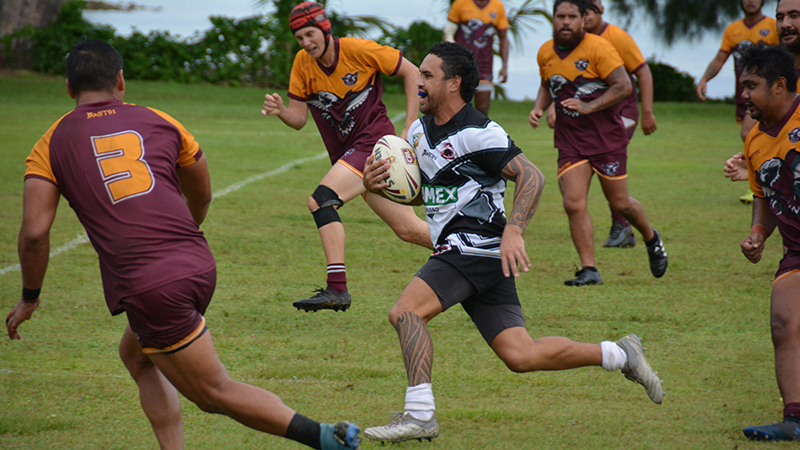 The defending Premiers were no match to the inform Panthers, who also won the respective Reserve Grade, Under 14s and Under 12s matches at the venue. Only the Sea Eagles Under 19s recorded a win, defeating the Panthers 22 – 14.

In the other Premier League match played on the weekend, the Avatiu Nikao Eels defeated the Arorangi Bears 34 – 24 at Raemaru Park, whilst in the Women’s League, the Titikaveka Bulldogs continued their undefeated start to the season, defeating the Tupapa Panthers 14 – 8.