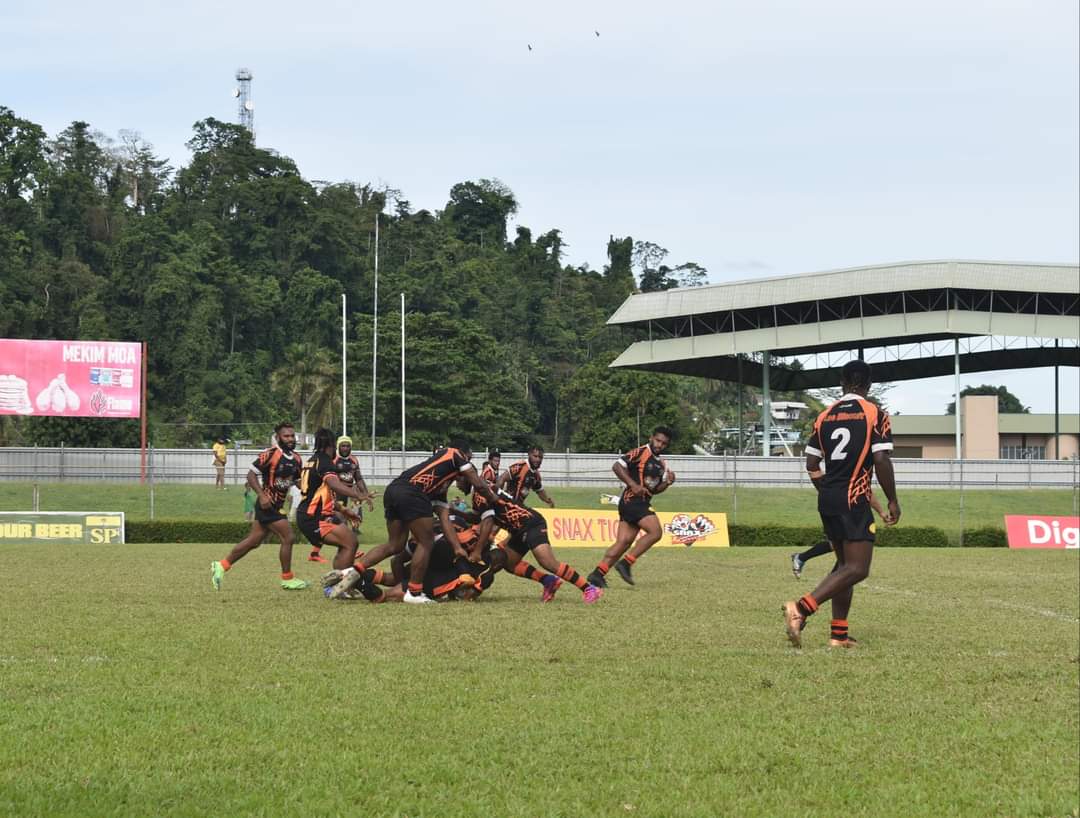 Northern and Morobe Pride through to next round of Ipatas Cup

In what will go down as one of the most enthralling Coca-Cola Ipatas Cup Eastern Finals of recent years the Morobe Pride of Morobe and Ngekon Security Services Northern Pride of Jiwaka have emerged victorious to represent the Eastern end of the CCIC 2020/21 Finals.

After a rain enforced postponement the Challenge went to another level with teams playing tough, uncompromising football with flair and excitement knowing any let ups would see them bow out of the challenge.

Teams started flexing their muscles early on with the Ngekon Security Services Northern Pride blowing the helpless 01 Titans of Obura Wonenara out of the park, while compatriots NN1 Rabbitohs and the Kuma Cowboys had too much class for the Kainantu Sparks and Gama Bulls of Goroka.

However it was a different story for another Ipatas Cup regular the Kerex Rangers of Jiwaka who despite throwing everything at current PNG Champion club the 14B Pirates, could not find the breakthrough as the Pirates went up another notch to see them packing.

Morobe Pride bristling with seasoned Digicel Cup campaigners had too much experience for the Naiyo Badgers while another experienced campaigner the Eastern Blacks simply made light work of the Anava Rabbitohs where they were in control for most of the game.

Challenge Darkhorses the Lapun Olix Falcons of Goroka stamped their Authority with a clinical effort over Kondo Easts who simply could not match the Falcons go forward and overall performance.

It was a steep learning curve for the Kendal Tarangau of Ialibu who were kept scoreless by big match specialists Border Storm from the National Capital District.

The next round of the Challenge was the separation of men from the boys with Morobe Pride staving of the NN1 Rabbitohs. Lapun Olix Falcons holding off a much fancied Eastern Blacks.

While 14B Pirates prevailed in a brutal encounter against the Kuma Cowboys. And the Ngekon Security Services Northern Pride just having that extra edge over the Border Storm who tried hard but just couldn’t string together consistency to threaten the Pride.

It was now the moment of truth, first up the Pride of Morobe came up against the Falcons of Goroka. Both teams playing with caution were kept scoreless for the first half however it was the second half with both teams chasing points that the game opened up despite playing with 12 men for 10 minutes and holding off a spirited comeback from the Challenges dark horses the Pride prevailed 8 points to 4 diminishing all hope of a Falcons fairytale.

The second gold pass Playoff was pulsating from the kickoff with both teams throwing everything at each other with nothing left in the tank however the Pirates were made to rue missed opportunities and crucial mistakes whilst in their opponents red zone that cost them the match and the gold pass.