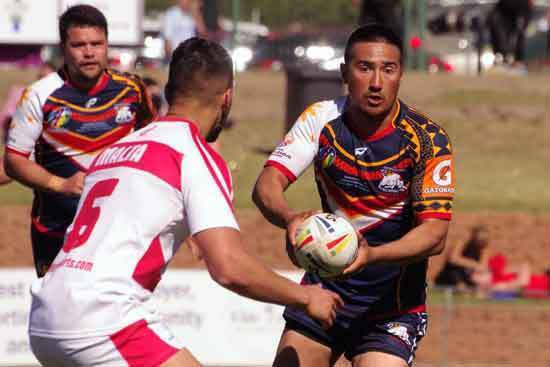 The membership of International Rugby League (IRL) has supported the Board’s recommendation to elevate Cameroon Rugby League XIII (CRLXIII) and Federation Marocaine de Rugby League (FMRL) to affiliate membership. They have also supported the decision to accept the first member from the continent of Asia, Pambansang Ragbi Liga Ng Pilipinas (Philippines NRL), as an observer member.

Secretary General of IRL, Danny Kazandjian has welcomed the approvals saying, “I would like to congratulate all three nations for their professionalism and dedication to develop rugby league and thank the general assembly for supporting their fellow members. Adding another two affiliate members in Africa is demonstrative of the growing capacity of nations in this emerging market, while PNRL’s membership is historic in that it is the first Asian member admitted to the general assembly. We continue to work with Asia Pacific Rugby League colleagues on additional Asian applications.”

Carol Manga, General Manager of CRLXIII said, “Since 2012, we have been trying to build a better future for young men and women in Cameroon through Rugby League. Being made an affiliate member of International Rugby League justifies all the sacrifices made by our players, clubs officials, educators, partners and board members.”

Yamina Abdesellem, President of FMRL commented, “We welcome this news with great emotion and pride. Our work is to make rugby league a significant sport in Morocco and to play a strong role in our national, regional and global competitions, for men, women, wheelchair and young players.”

Reynaldo Nery, President of PNRL welcomes their recognition saying; “Becoming a member of the IRL allows us to show that the PNRL is serious about domestic rugby league growth and that rugby league is here to stay. We want to be the leaders in Asia, and we want to be an example to our neighbouring nations on how they can also develop the greatest game of all.”