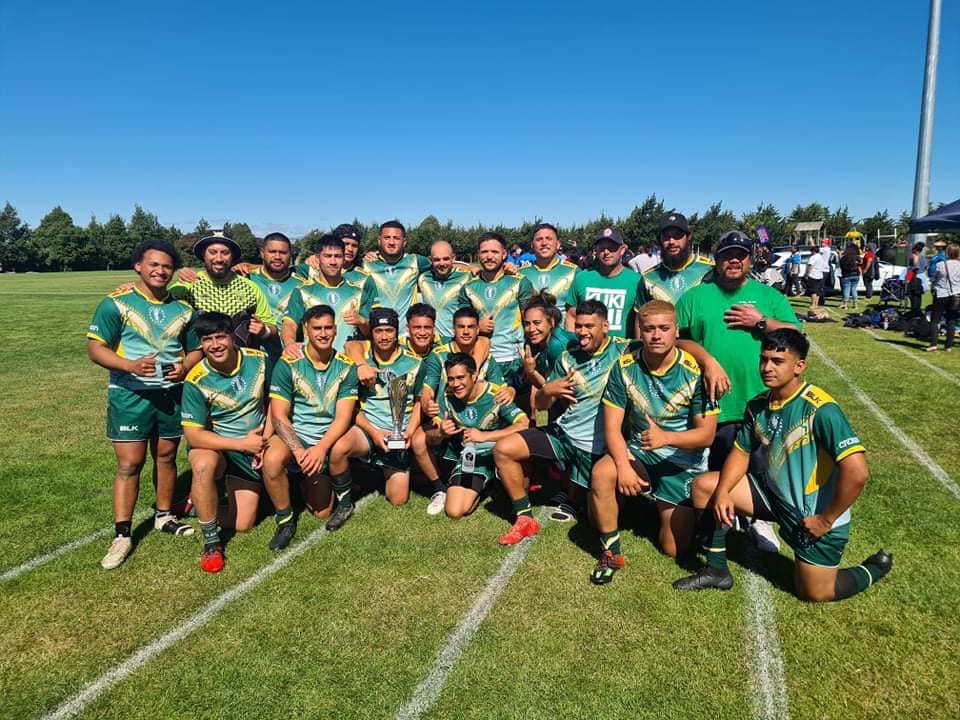 The Canterbury based South Island Kuki XIII have won the 2021 Rolleston Nines at Brookside Park today after defeating 2020 Champions, the Canterbury Bati in the tournament Final.

The Kuki XIII went through the tournament undefeated, winning all five of their group matches before defeating the Bati outfit in the Final this afternoon.

The Kuki XIII was established in 2015 to provide opportunities for Cook Island ex-pats and individuals of heritage to represent the Cook Islands in South Island tournaments and to qualify for the NZ Cook Islands team.

The Rolleston Nines is run by the Rolleston Warriors who take part in the Canterbury Rugby League district competitions.