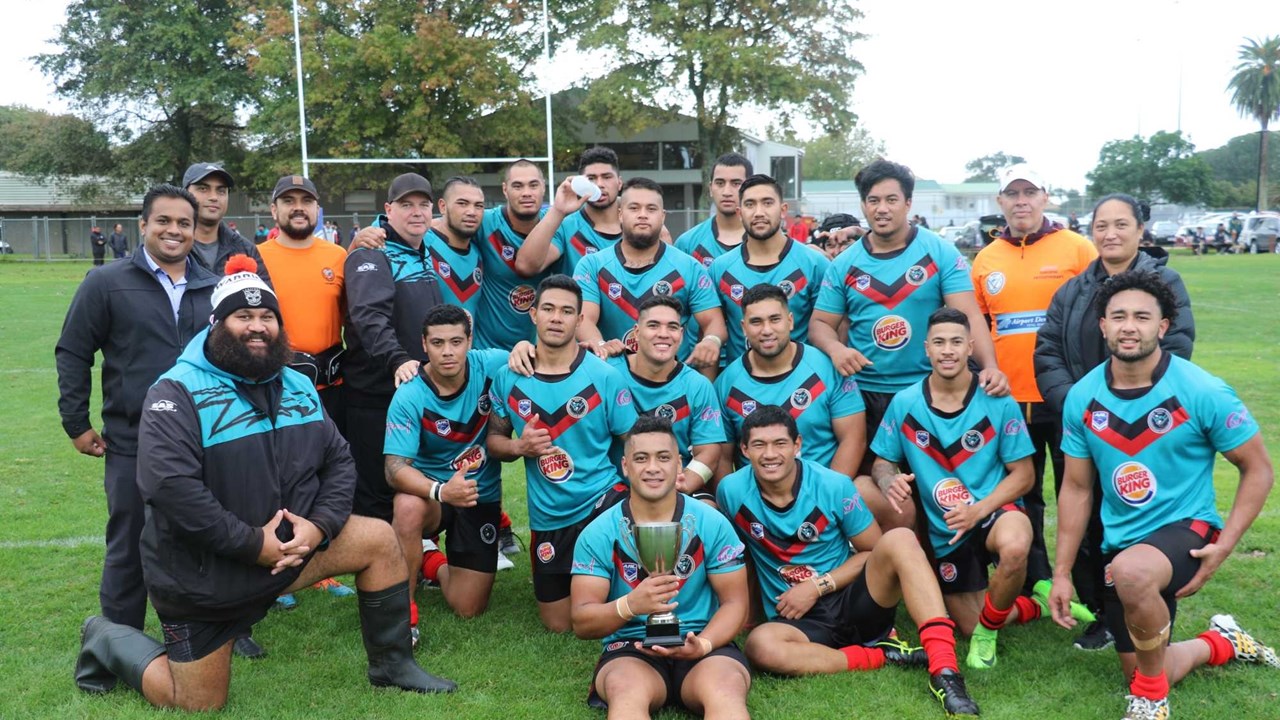 Mangere East take out NZRL Grassroots Club of the Year

The 2020 NZRL Community Award recipients have tonight been announced with Mangere East Rugby League Club taking out NZRL Grassroots Club of the Year.

What was a truly testing year, Mangere East shone through as a servant for its community, going above and beyond to provide a safe space, while continuing to promote and grow the game of rugby league despite the year’s challenges.

Mangere Easts’ weekly ‘Life Soup Kitchen’ provided free hot meals throughout the year in a safe environment for families that were struggling to make ends meet. The club responded quickly to Auckland’s second lockdown by providing a free Covid-19 testing station in their car park, encouraging members within their community to get checked.

Gala days, school holiday programmes and free meals for local families, are only a fraction of the work Mangere East have been doing off the field to continually serve the needs of their people, epitomising NZRL’s More Than A Game.

The 2020 NZ 16s Player of the Year was awarded to Marists’ Tre Fotu. He was a standout against the NZ Māori 17s scoring a double and continually asking questions of the defence.

NZ 16s Head Coach, Phil Gordon says; “Tre is a young man who epitomised the meaning and value of wearing the Black and White jersey. He was a focused trainer, disciplined in his approach and committed to executing game plans and structures at the highest level.”

The NZ 18s Player of the Year for 2020 was awarded to Northcote Tiger and NZ 18s Clubs captain, Sam McIntyre. Sam captained the NZ 18s Club team in the inaugural Schools v Clubs match, scoring one try and leading his side to a 34-22 victory.

NZ 18s Head Coach, Tusa Lafaele says; “Sam has always displayed a high skill level, technique and ability as an athlete. Often what separates the talented from the successful, is the attitude and fortitude to work hard and be prepared to make sacrifices. Sam has always applied himself in this manner, striving for success and competing with true grit.”

Akarana veteran, Francis Leger, was awarded NZRL Domestic Men’s Player of the Year due to his outstanding season captaining Akarana to their fifth straight NZRL Premiership victory, as well as the NZ Residents.

Harata Butler took home NZRL Domestic Women’s Player of the Year after a successful season in Counties Manukau colours, earning her MVP of the Sky Sport Women’s Premiership as well as her international Kiwi Ferns debut.

NZRL Domestic Coach of the Year was awarded to Phil Gordon after he coached his undefeated Akarana side to an impressive fifth NZRL Premiership, as well the NZ Resident 16s to a convincing 42-6 victory over the NZ Māori Resident 17s.

NZRL Match Official of the Year was awarded to veteran Paki Parkinson after a successful season officiating the NZRL Premiership, NZ 16s and the NZ Residents v NZ Maori Residents.

Pirtek’s 2020 Volunteer of the Year was awarded to Takahiwai’s Shayne Wassel. Despite several disabilities including mild deafness, speech impediment and blindness in one eye, the single father of four never lets that get in the way of his ability to go above and beyond for his local club, whanau and community – Read more about Shayne’s story here.

NZRL would also like to give a special mention to runner up clubs for Grassroots Club of the Year, the Eastern Eagles and Timaru Outlaws.

Despite financial difficulties, the Eastern Eagles immediately switched focus to supporting its club members and the wider community through the COVID-19 pandemic. Seeking support from local businesses, the Eagles procured and co-ordinated the receipt and delivery of hundreds of food packs and other essentials items, reaching pockets of the community that were often missed.

The Timaru Outlaws, just four years old, had only one U7s team in 2018, as of 2020 they now have five junior teams playing under the senior side equating to around 100 registered U13 players. Based in a non-traditional rugby league area, with no club rooms, it’s the collective efforts of the community and their strong whanau values-driven approach that has seen this club flourish with momentum only continuing to rise.

NZRL CEO, Greg Peters says, “These awards recognise exceptional work in our grassroots, domestic and community space both on and off the field. We congratulate each recipient on their outstanding achievement.

“Thank you to those in our rugby league communities who continue to go above and beyond for our game. In what was a challenging year for most, it’s the dedication of our people that keep rugby league thriving – thank you.”