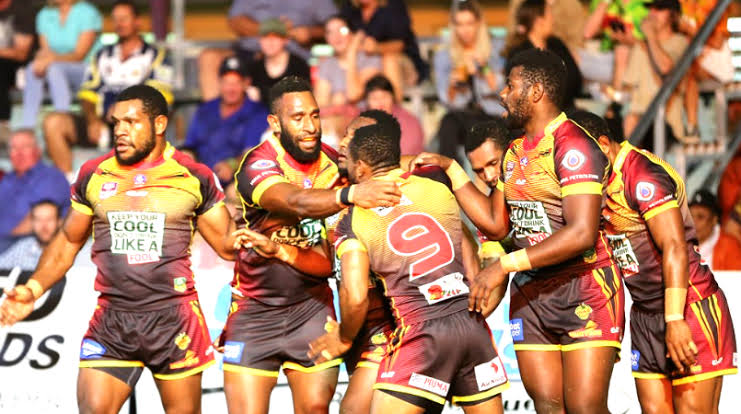 Contributing eight players each, the Wigmen and Tigers join Minor Premiers, the Rabaul Gurias (6) and Port Moresby Vipers (5) in providing three-quarters of the team.

Hunters coach Matthew Church said during the announcement of his squad that pre-season would start next Sunday in Port Moresby.

“Our pre-season heading into Christmas will go ahead as normal,” he said.

The squad will travel to their homes on Dec 23 for the festive season before they return to camp on Jan 3 to resume preparations for the new season.

“There’ll be no changes into how I coach and how we operate,” Church said.”

“They (players) will undergo medical and fitness tests on arrival.”

“I’m looking forward to everyone getting into camp and re-uniting with the ones we were working with earlier this year.”

“I can’t wait to meet the new guys in the squad.”

“I have named a number of young guys in that squad, it’s essentially a transitional period.”

“A lot of those guys who I’ve named are probably getting close to the end of their careers so it’s about a transfer of leadership to some of the younger guys.”

“The younger we can expose them to the ISC (Intrust Super Cup), the more likely an NRL (National Rugby League) or Super League club is going to pick them up.”