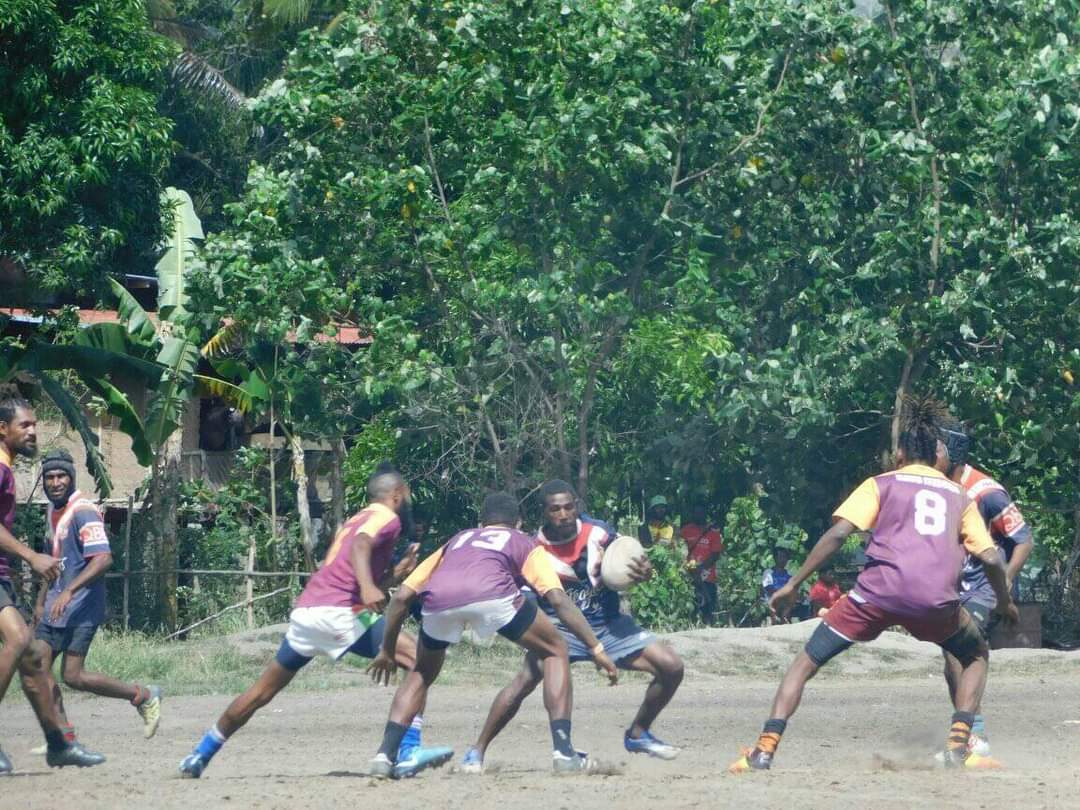 CK Pora Eels have qualified for their first ever Siouposa Rugby League ‘A Grade’ Grand Final after defeating the Houvu Panthers 7 – 6 in last weekend’s Preliminary Final.

Up 5 – 2 at halftime, the Eels did enough to keep their Finals Series campaign alive, with halfback Robin Steven scoring three penalty goals and Philip Joe adding the field goal.

For the Panthers, Manu Susuve scored the only try of the match whilst Eugene Forova added a penalty goal.

The Eels will now face either the Itisora Broncos and Highway Cowboys after their match was abandoned due to a pitch invasion in the final 15 minutes.

The missed 15 minutes will now be played this weekend, with the Itisora Broncos wanting to protect a 12 – 4 lead.

In the other matches that will take place on the Siouposa Grand Final Day, the Highway Cowboys and Itisora Broncos will face off in the ‘B-Grade’ Grand Final, whilst the Iopoi Kangaroos will face Siroi Raiders in the Women’s Final.