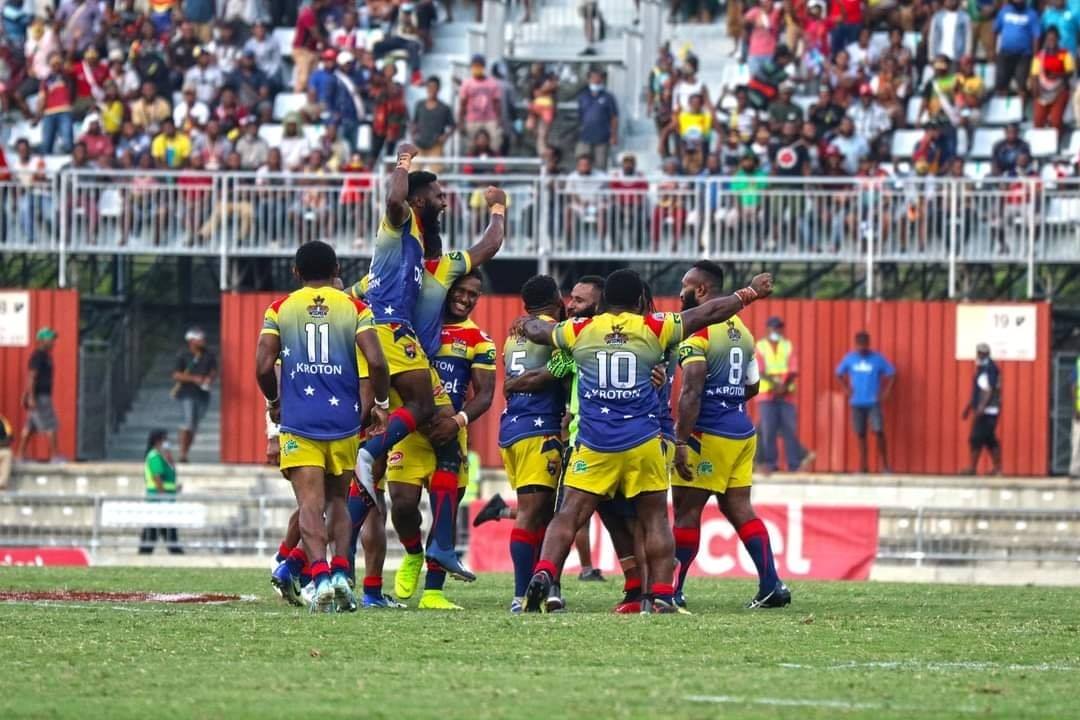 The participants for the 2020 Papua New Guinea Digicel Cup Grand Final have been confirmed, with the Lae Tigers set to face the Hela Wigmen again in Port Moresby after the Wigmen defeated the Rabaul Gurias in extra time.

Favourites heading into the match, 2020 Minor Premiers, the Rabaul Gurias, forfeited a 10 – 0 halftime lead against the Wigmen to bow out of the Finals Series in straight.

In front of a large crowd at Sir John Guise Stadium, the Gurias started the stronger team, with centre, John Ragi Jnr, scoring a double in the opening minutes to setup a 10 – 0 lead over the Wigmen. Despite not scoring again, the Gurias controlled the match until the second half when Tommy Moide crossed for Hela’s first and shifted the moment of the match.

From there, the Wigmen continued to chip away, scoring again through Gilmore Paul to level scores by fulltime, before former Guria halfback, Solomon Pokari, put on the icing on the cake to break the hearts of the Gurias, booting a field goal to seal the 11 – 10 victory in the 89th minute of the match.