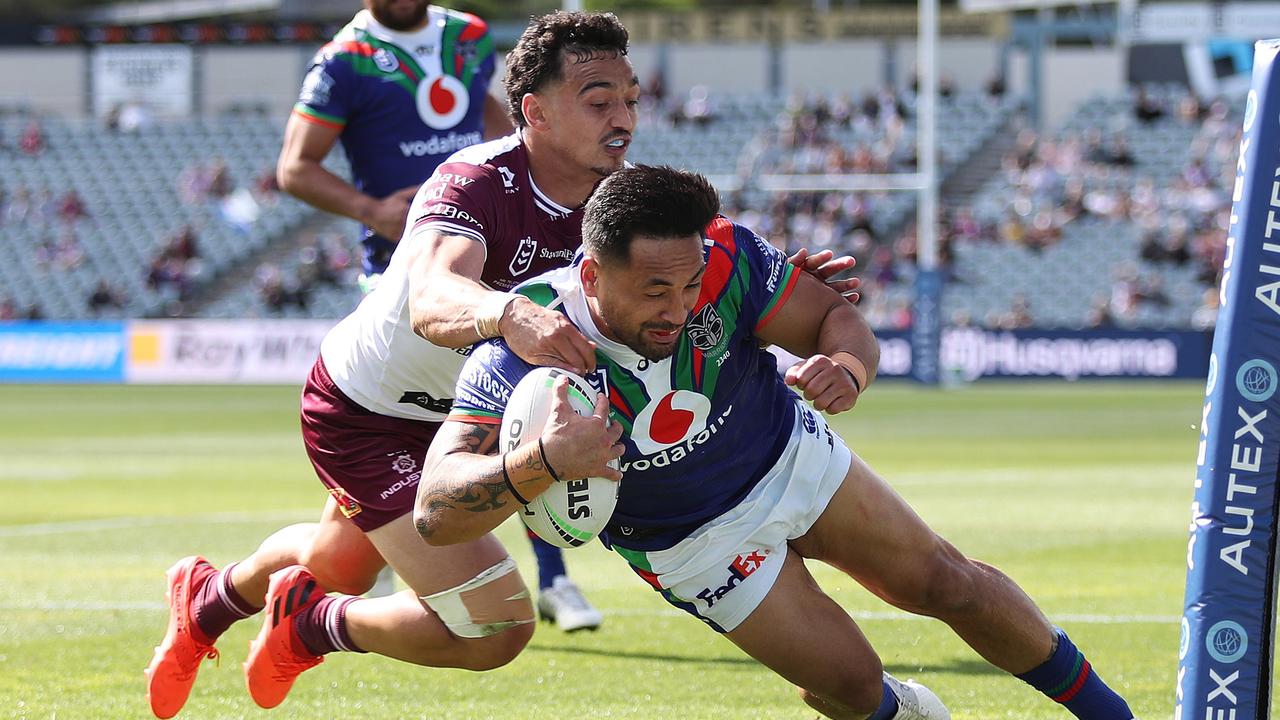 NRL Round 20 Wrap and Highlights

Cowboys winger Kyle Feldt helped himself to a hat-trick as North Queensland consigned the Broncos to their first ever wooden spoon with a 32-16 victory at Suncorp Stadium on Thursday night.

Feldt went to the top of the NRL try scoring list with 19 and gave retiring Cowboys legend Gavin Cooper a winning finish to his stellar 323-game career.

AJ Brimson made a compelling claim for a Queensland Maroons jersey as the Titans walloped the Knights 36-6 at Cbus Super Stadium on Friday night.

Brimson’s 95-metre sprint through the middle of the Knights defence from a kick in the second half, where he left Kalyn Ponga clutching at air, showcased the Titans fullback’s extraordinary speed and acceleration.

Rabbitohs five-eighth Cody Walker produced the individual performance of the season to help his side stun reigning premiers the Roosters 60-8 at ANZ Stadium on Friday night, with winger Alex Johnston bagging an incredible five tries.

Johnston’s haul included the 100th of his career as he went past club legend Bob McCarthy into fourth all-time on the club try scoring tally. It also made him the top tryscorer of the season with 20, one ahead of Kyle Feldt.

Panthers captain James Tamou was happy to accept Luke Thompson’s word that the Englishman didn’t intentionally eye gouge him in an imperious 42-0 win over the Bulldogs.

On Sunday, Thompson was referred straight to the judiciary after being charged with eye gouging in the match at ANZ Stadium.

Rookie Canberra hooker Tom Starling continued his remarkable breakout season to lead the Raiders to a 38-28 defeat of Cronulla but the win came at a cost with English prop Ryan Sutton suffering a knee injury.

Starling, who has been a revelation since being called on by Canberra coach Ricky Stuart to deputise for injured England star Josh Hodgson after he ruptured his ACL in the round nine loss to Melbourne, scored a try and had a hand in three others.

Parramatta coach Brad Arthur says the last 15 minutes of his team’s 28-24 victory over Wests Tigers at Bankwest Stadium has him convinced they’ve matured since their finals exit last season.

Replacement pivot Will Smith’s match-winner in the 72nd minute gave the Eels a thrilling 28-24 victory on Saturday night after their double finals chance appeared to have evaporated when the Tigers snatched an eight-point lead.

Warriors coach Todd Payten paid tribute to retiring star Adam Blair as his side ended a season like no other with a 40-28 win over Manly at Gosford’s Central Coast Stadium on Sunday.

Blair exited the NRL stage after 331 games at four clubs – Storm, the Wests Tigers, Broncos and Warriors. He also has Test 51 caps for New Zealand.

A fuming Craig Bellamy has declared suggestions Max King had “intent to injure” in a hip drop tackle as ridiculous, as the Storm’s seemingly annual September wrestling drama overshadowed a 30-22 win by the Dragons on Sunday.

For 40 minutes the second-least experienced side in NRL history had the Red V on the rocks, but an ugly tackle in which Blake Lawrie twisted awkwardly landed King on report as St George Illawarra rallied against the Storm’s second-stringers.