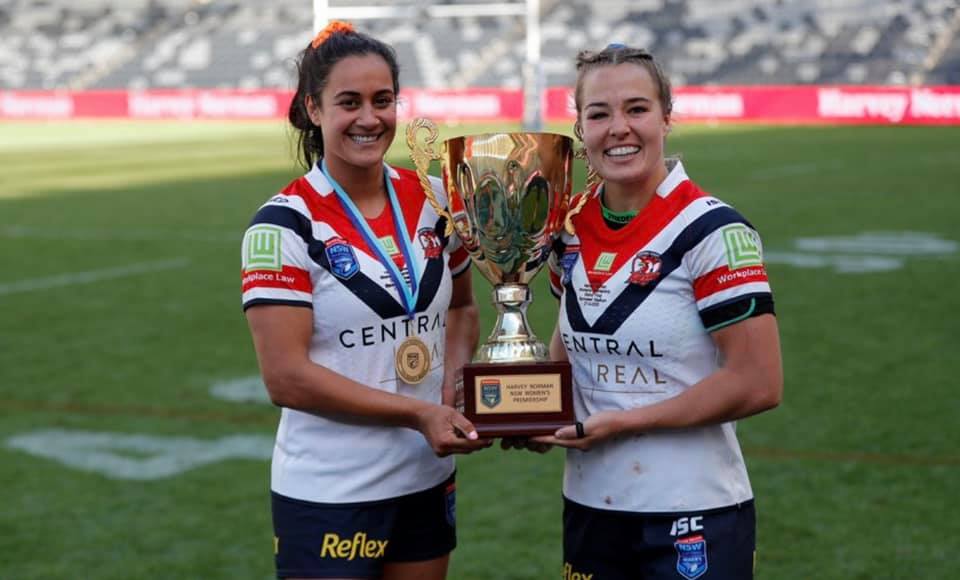 A game that boasted a roster of superstars in the Women’s game, the competition was fierce and raring to go right from the first whistle.

It was Roosters five-eighth Bobbi Law who crash tackled Bears number nine Lacey Shields, to surge in between the posts and score the first try for the day in the first eight minutes, successfully followed through with a conversion by herself.

At the 14th minute, winger Claire Reed saw an open gap on her right edge and charged through to score the Roosters second try of the day to put them up 10-0.

NSW representative star Shontelle Stowers broke the dead-lock for the Bears in the 20th minute of the match to bring her side up four points.

Claire Reed scored her second try for the day to wrap up the first half action but another missed conversion by Bobbi Law meant the Roosters were only up 14-4 which wasn’t a confident lead against the Bears, considering their extreme improvement in recent weeks.

That lead got tighter 10 minutes into the second half of the match when Moniqca Mo’Ale scored for North Sydney, combined with a successful conversion off the boot of Chloe Leaupepe to put them only four points behind 14-10.

Leaupepe was down two minutes later with a leg injury that forced the game to pause for five minutes but neither side allowed each other to score before the quarter-time bell rung.

Double try-scorer for the Roosters, Claire Reed also went down with a leg injury with 13 minutes to go that forced her out of the match, but the Roosters kept composure and didn’t let the loss of one of their stars distract their play.

A back and forth battle of defence and chase happened until the very last minute when the Roosters were awarded a penalty which took them to the final siren and added an extra two points to their score, off the kick of halfback Melanie Howard.

Ending the match with only a converted try difference at 16-10, the Roosters Captain Isabelle Kelly, teammates Melanie Howard and Kylie Hilder celebrated and added back-to-back premiership titles to their resume after competing in the CRL Newcastle team in the 2019 season.

Although the win was not theirs, the North Sydney Bears did the foundation club proud after making it to the Bears first Grand Final appearance in 27 years.