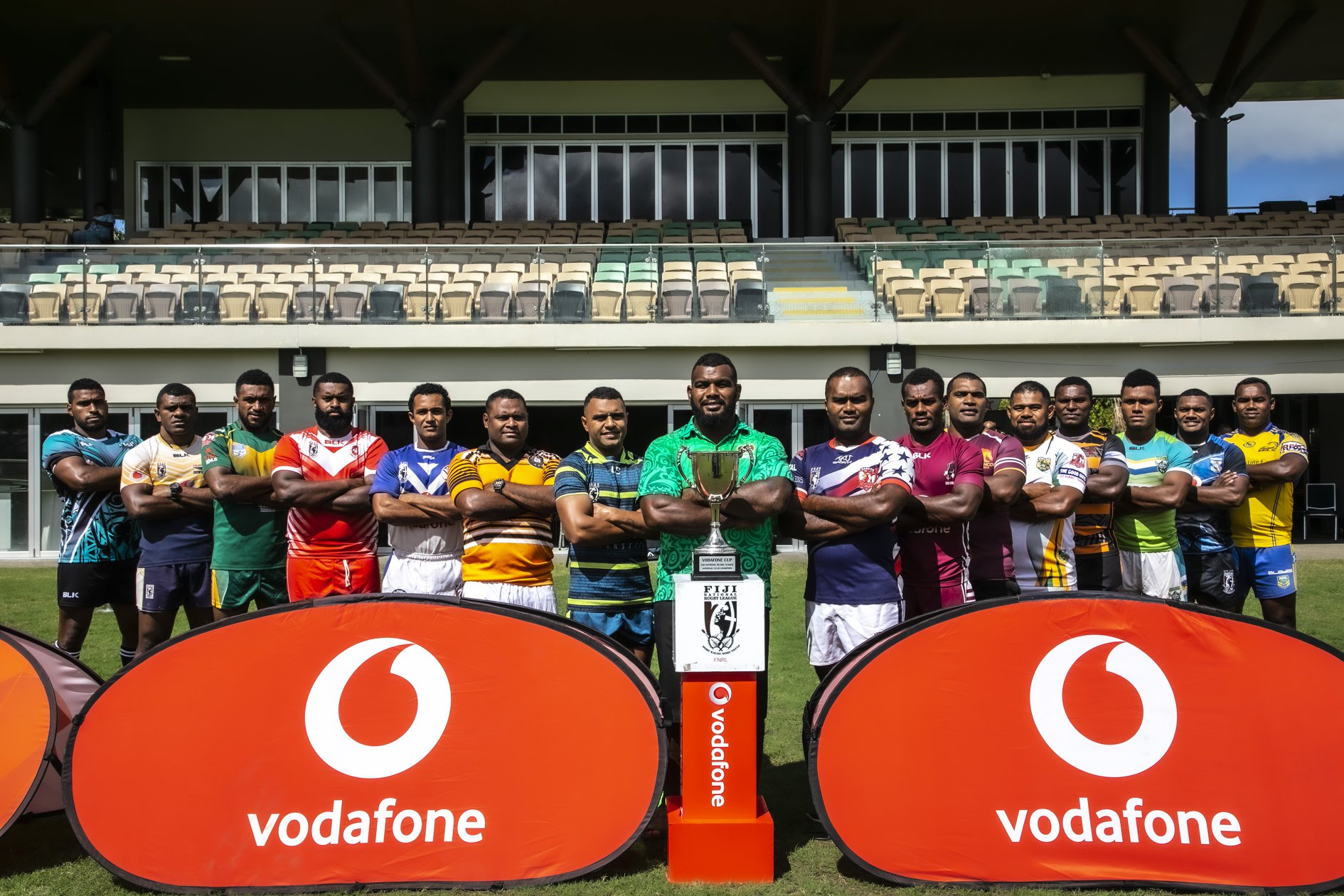 26 teams split into three groups will battle it out across 94 matches to decide who will be the 2020 Fiji National Premiers, with defending Champions, the Ravoravo Rabbitohs, to kick off the competition against the Saru Dragons.

Other matches scheduled for the opening round include the Sabeto Roosters taking on Namoli Wests Tigers, Coastline Roos up against the Yasawa Saints, Nadroga Roosters versing the Nadi Eels and the Vatuoka Tigers facing the West Coast Storm with only the Nadi / Lautoka Group to kick off this weekend.

Teams from the Suva and Nasinu Zones will kick off next weekend.

Featuring 26 teams across three divisions, the tournament will kick off with 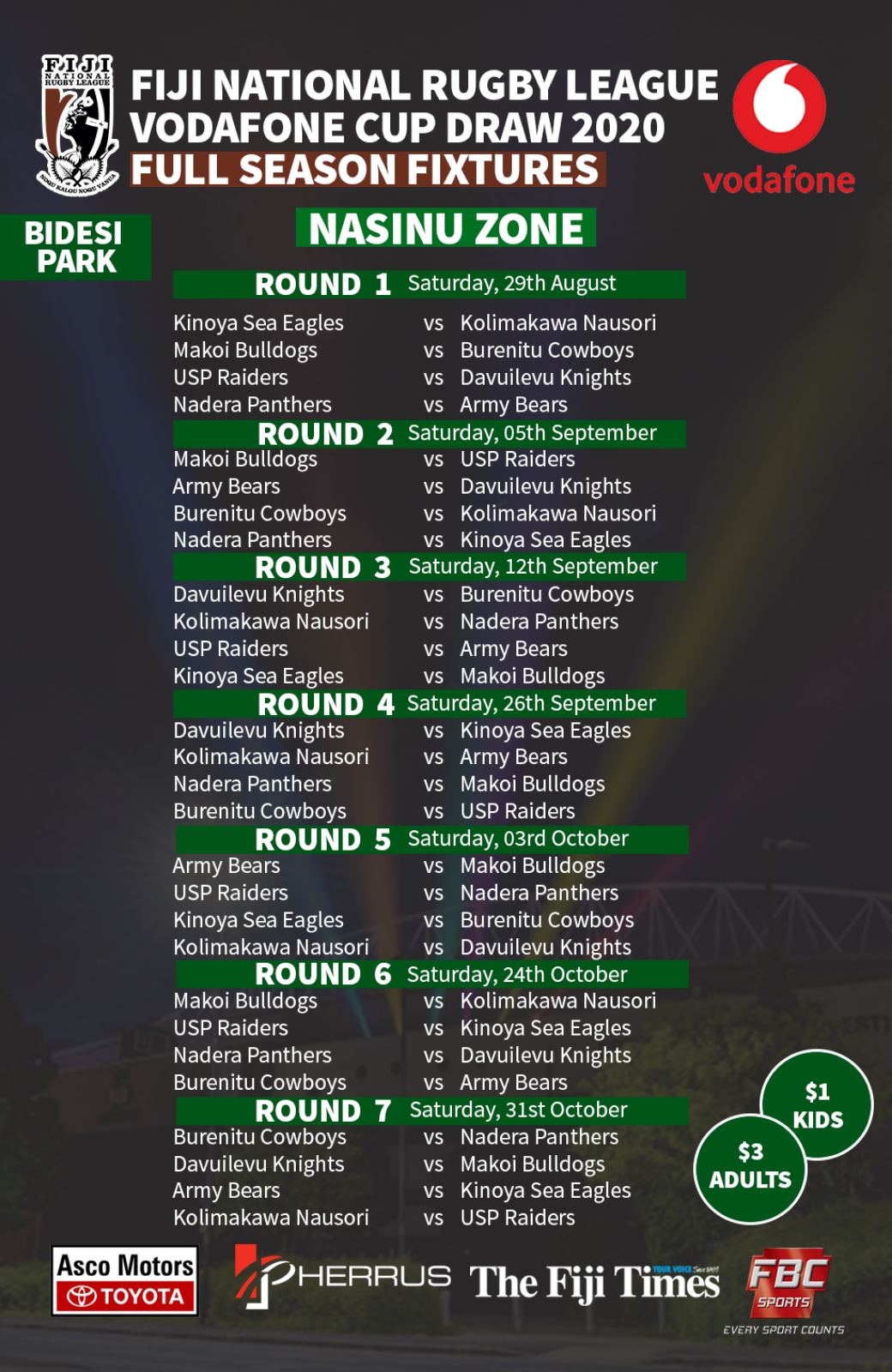 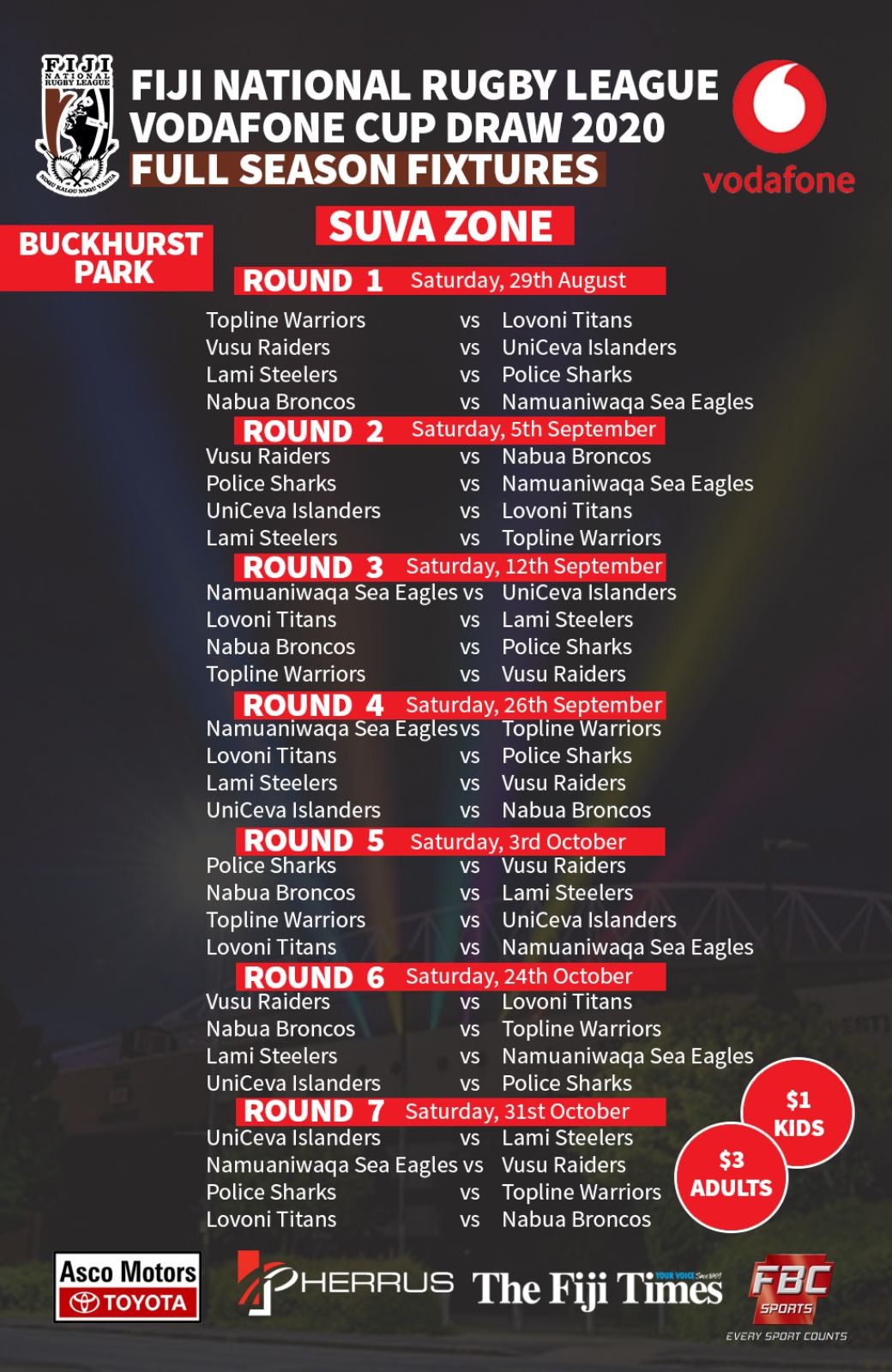 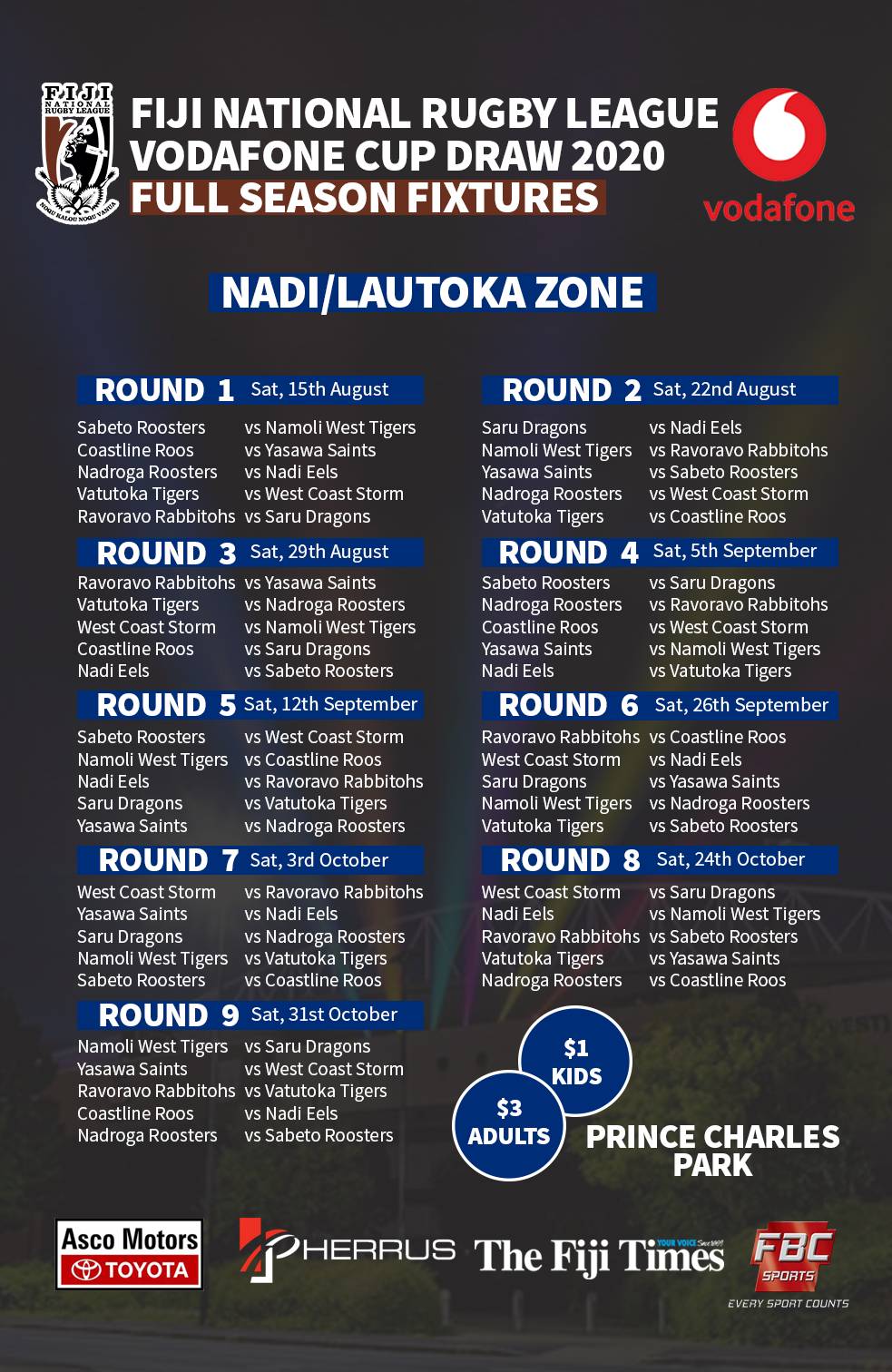