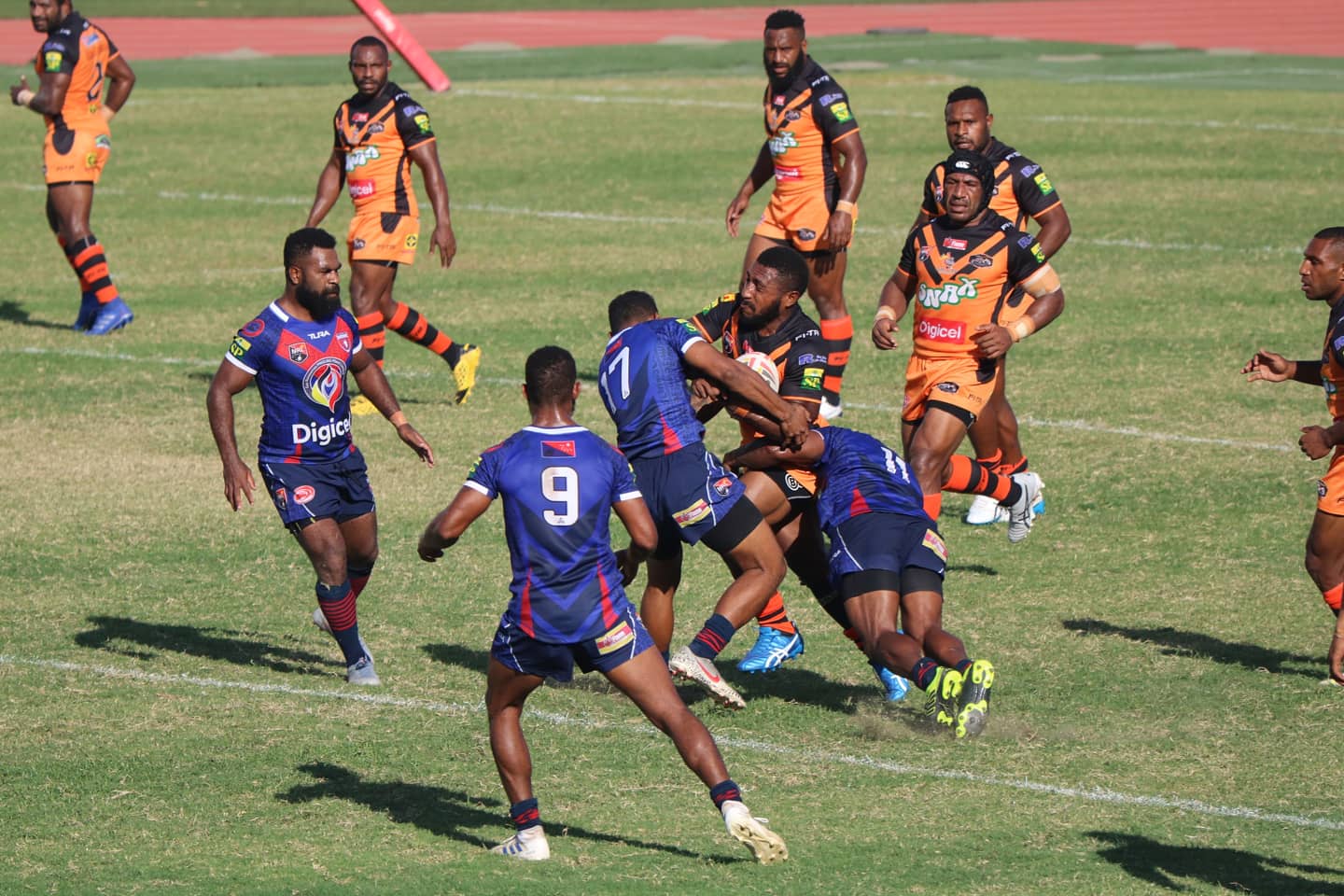 Defending PNG Digicel Cup Champions, the Lae Tigers, have continued their strong start to the 2020 season after recording a convincing 40 – 10 win over the Central Dabaris at Sir John Guise Stadium in Port Moresby on Sunday.

Whilst the match was the Tiger’s first game away from Lae, the travel from the Highlands didn’t impact the team’s ability to score points as they recorded the second largest win of any team over the weekend.

Played as a Double Header in Port Moresby, the Rabual Gurias were equally as dominant in their clash, recording a 38 – 2 win over the Gulf side to condemn the Isous to last place on the Digicel ladder.

In Saturday’s matches, the Vipers failed to dominant again despite their large Hunters contingent, recording a tight 12 – 10 win over the Lahanis, whilst the Kimbe Cutters secured their first win of the season after they defeated the Waghi Tumbe.

Meanwhile in Lae, the Mendi Muruks defeated the Mt Hagen Eagles 22 – 18, and the Hela Wigmen defeated the Enga Mioks 19 – 18 in two tight encounters in the Highlands.