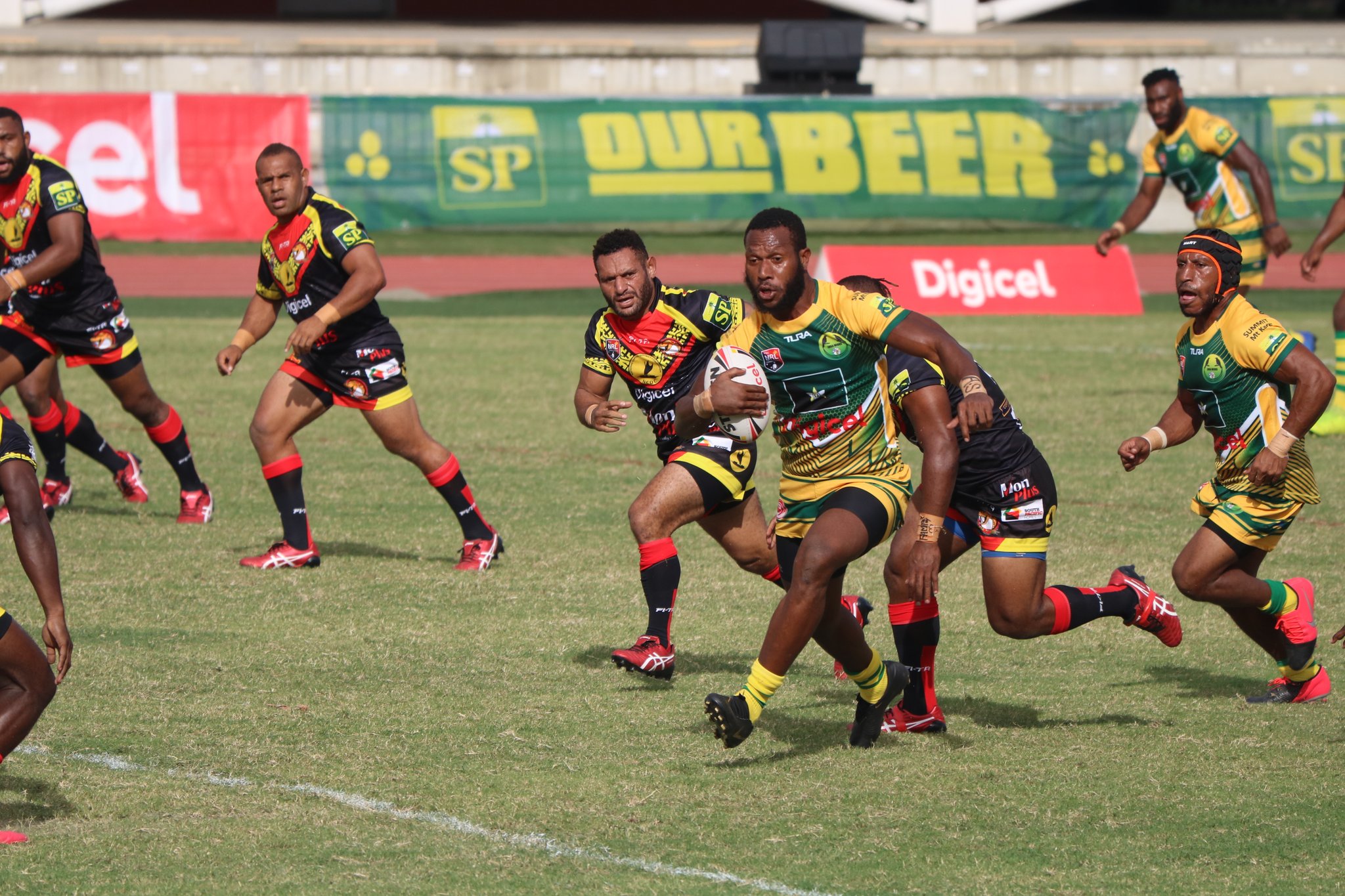 Defending Premiers, the Lae Tigers, joined the Rabaul Gurias and Mendi Muruks in recording significant wins in the opening round of the 2020 PNG National Rugby League competition, the Digicel Cup, over the weekend.

Having the benefit of kick starting their campaign at home, the Lae Tigers recorded a convincing 28 – 8 win over the visiting Waghi Tumbe, whilst in the other match taking place at the home of the Tigers, the Muruks beat the Goroka Lahanis 22 – 10.

In the National Capital, Sir John Guise Stadium in Port Moresby held Double Headers on both Saturday and Sunday.

On the Saturday, the Rabaul Gurias defeated the Mount Hagen Eagles 30 – 10 before the Central Dabaris defeated Gulf Isou 18 – 6, whilst on Sunday, the Hela Wigmen were pushed all the way by the Kimbe Cutters, winning 12 – 4 before the Port Moresby Vipers had to score in the dying minutes of their match to draw 10 – all against the Enga Mioks.

Round Two of the Digicel Cup will again take place at the Lae Rugby League ground and Sir John Guise Stadium in Port Moresby.

Saturday will feature the Lahanis have a daunting task against Vipers at 1:00pm before the Kimbe Cutters face the Waghi Tumbe at 3:30pm, both in Port Moresby.

On Sunday, Sir John Guise will host the Dabaris against the Lae Tigers at 1:00pm, whilst the Gurias will face Isou at 3:30pm, whilst in Lae, the Mioks will face the Hela Wigmen at 1:00pm and the Mt Hagen Eagles will lock horns with Muruks in an all Highlands affair at 3:30pm.