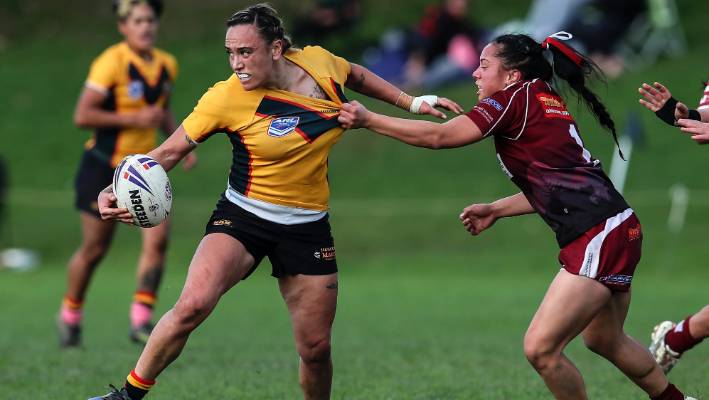 Ponsonby and Manurewa lead the way in Auckland Women’s Premiership

Ponsonby and Manurewa again showed they are two of the teams to beat in the Auckland Women’s Premiership, recording significant wins over Mt Albert and Papakura, whilst in the Championship, Glenora, Pukekohe and Otara all remain winless after the first two rounds of competition.

Farrelly Photos Women’s Premiership (First Division)
Mt Albert 8 lost to Ponsonby 34
Ponsonby made a winning start to 2020 with a convincing win over Mt Albert under lights on Friday evening. After having the bye in round one, the Ponies raced out to an 18-0 lead at the break and never looked back. Lavinia Kaumatule and Mele Hufanga both scored doubles in the victory.

Papakura 18 lost to Manurewa 38
Manurewa made it two wins from two games with a solid victory over defending premiers Papakura at Prince Edward Park. The game against familiar rivals was played in great spirit, with Manurewa taking a 22-0 lead into the break. Crystal Stowers was among the leading contributors in the win.

Farrelly Photos Women’s Championship (Second Division)
Glenora 16 lost to Manukau 40
Manukau overcame Glenora in the second half to record a big win at Harold Moody Reserve. Half Platinum Marsters was among the stars for the Magpies, kicking a number of goals and directly play well.

Pukekohe 20 lost to Otahuhu 34
A much-improved effort in the second half wasn’t enough to see Pukekohe run down Otahuhu, who made it two wins from as many games in 2020. Both Onjerulina Leiataua and Annessa Biddle scored doubles for Otahuhu.

Otara 16 lost to Te Atatu 54
A 50-point haul in the second half lifted Te Atatu to a big win over Otara. Te Atatu led by just four at half-time, but were far too strong in the second period.