Kicking off on Sunday, July 5, all twelve participants from the 2019 competition will return in an abbreviated 11 round competition.  Defending Champions, the Lae Tigers, will kick start their title defence in Lae against the Waghi Tumbe, whilst runners up, the Hela Wigmen will play the Kimbe Cutters in Port Moresby.

Each team will play each other once as part of the shortened competition, with the top six team to qualify for the Finals which start on September 20.

All Finals matches, including the tournament Grand Final, will be played in Port Moresby. 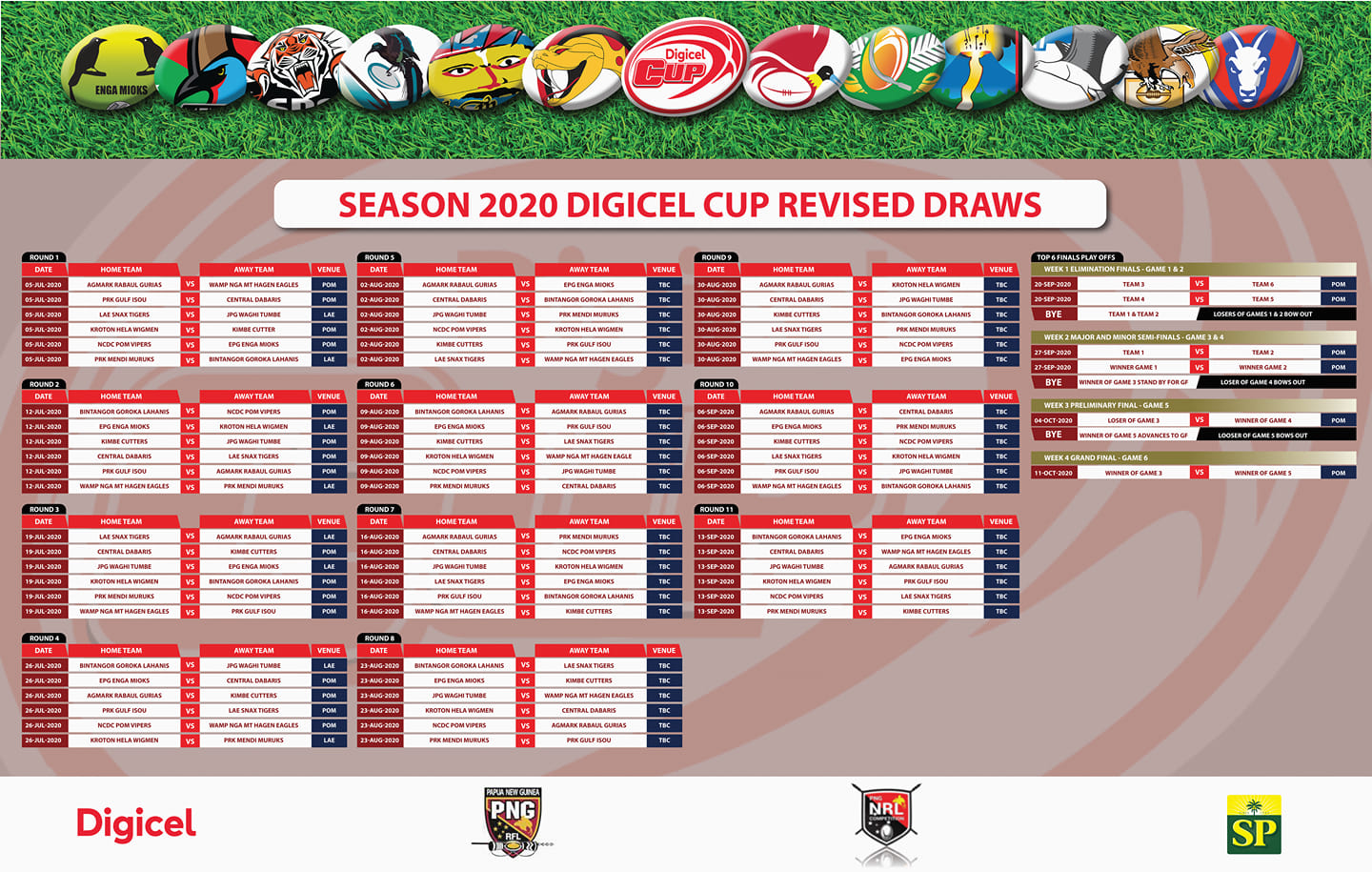