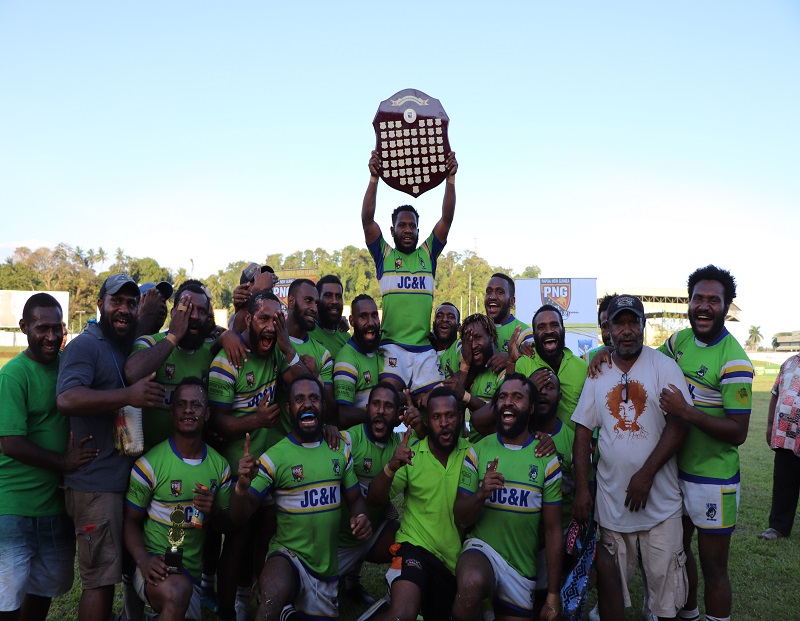 The scores were locked at 8- all at half time and 14- all after the regular 80 minutes at fulltime.

The four clubs also received K10,000 each for winning their Confederate champions title.

“It was a huge success and I commend you all for taking part in this inaugural National Club Championships,” Tsaka said.

He said due to this success by bringing the champion clubs from the four confederates, the National Club Championships will be extended to the Women and Under 20s teams.

“We will include the Women and under 20s teams to participate,” Tsaka said.

“Like the format used for the men’s, the grand final winning Women and Under 20s teams in their leagues will play elimination games within their Confederates and the champion teams will represent their respective Confederates at the Women’s and Under 20s National Club Championships starting next year.”