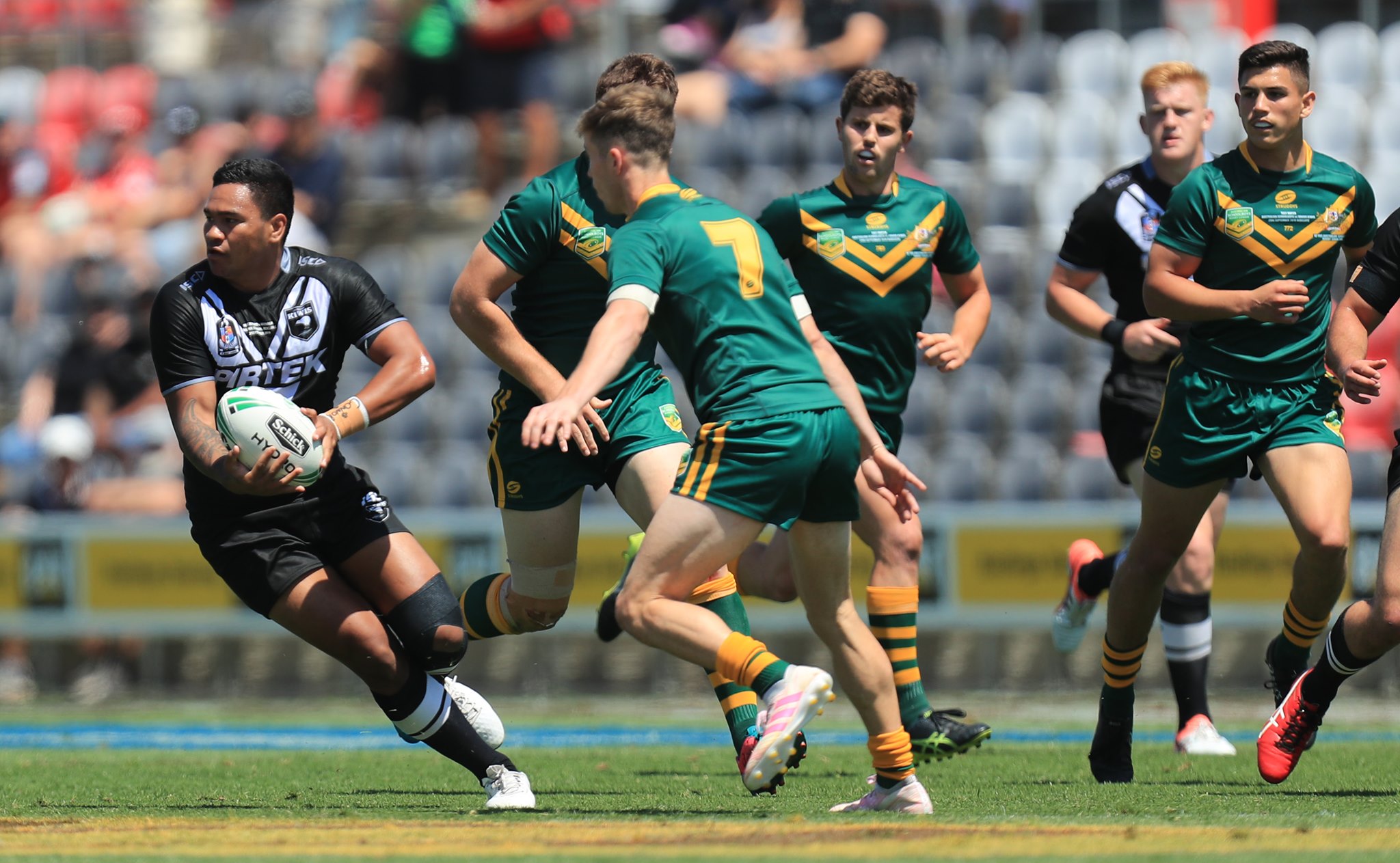 Junior Kangaroos too strong for Junior Kiwis in Redcliffe

A stirring haka from the Junior Kiwis set the mark for what was to be a passionate test match between the Trans-Tasman rivals at Dolphin Oval.

A flying Habiso Tabuai-Fidow opened the scoring for the Australian Schoolboys, yet it was rugged early with Howarth put on report for a dangerous throw. Junior Kiwi prop Etuale Junior Lui Toeava was hard to handle with the Junior Kiwis side well led by Broncos-contracted lock Jordan Riki.

An error by Australian fullback Reece Walsh gave the Junior Kiwis possession and it was all too easy for star fullback Starford Toa from the ensuing scrum to score untouched to level the score.

A short kick in behind the line by Sydney Roosters bound Australian half, Sam Walker, found his fellow Queensland under 18s teammate Walsh racing through to score in the 29th minute to break the deadlock.

Walker then schemed down the left to almost put Mathew Feagai away to score. Minutes later Walsh injected himself and put the after burners on to find skipper Jackson Topine in support. Australia took an 18-6 lead into the break.

The Junior Kiwis started the second half full of running and centre Kayal Iro, son of former Kiwi legend, Kevin Iro, determinedly crashed over to reduce the margin to eight.

The Junior Kiwis soon gained momentum scoring back to back tries which looked like the beginnings of a hopeful comeback. Kiwi winger Selestino Ravutaumada scored wideout to cut the lead to 30-14 soon followed by an impressive length of the field try by Kiwi fullback Starford Toa to cut the margin to 10 points with 14 minutes to go.

However, the Junior Kiwis were unable to capitalise on their possession and it was Sam Walker who put the result beyond doubt with a try from close range for the Australian Schoolboys. Final score 36 – 20.