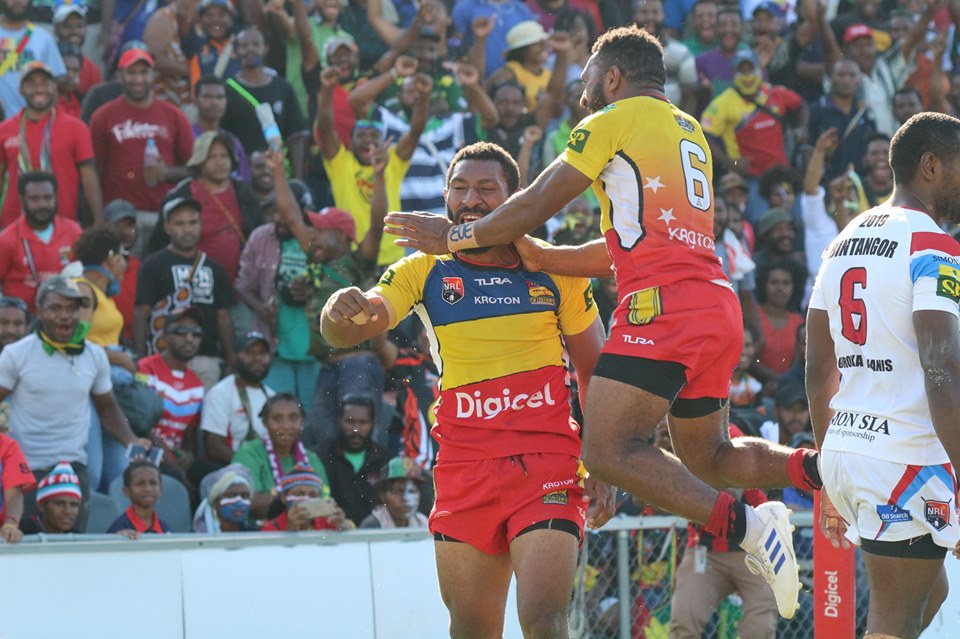 The Goroka Lahanis’ hopes of defending their 2018 Digicel Cup premiership are no more after the Hela Wigmen defeated the Lahanis’ 18 – 4 in Saturday’s Minor Semi Final at the National Football Stadium in Port Moresby.

A man of the match performance by Emmanuel Waine has seen the sixth placed Wigmen continue to the third week of the 2019 PNG Digicel Cup Finals Series where they will face the Waghi Tumbe for the chance to face the Lae Tigers in this year’s Grand Final.

The Tumbe, who went down 20 – 12 in the Major Semi Final, lead 12 – 10 at the 67th minute in the clash, before the Lae Tigers scored 10 unanswered points to secure their spot in this year’s decider.