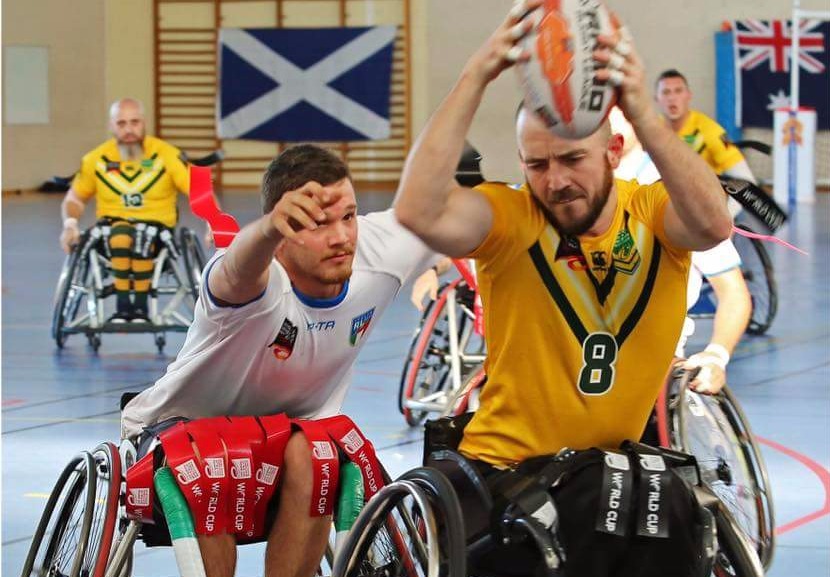 Rugby League World Cup 2021 (RLWC2021) has today revealed the confirmed nations who will participate in the wheelchair tournament in 2021.

The announcements were made across the tournament’s official social media channels, we saw each of the eight individual nations revealed with a unique video showcasing what each nation will bring to RLWC2021.

Set to be the most inclusive rugby league event ever, RLWC2021 will see the men’s, women’s and wheelchair tournaments played concurrently for the first time. International nations were asked to submit their expressions of interest earlier this year for RLWC2021 and Rugby League International Federation (RLIF) representatives to review.

The nations confirmed for the wheelchair tournament are:

Each nation was assessed against set criteria that reviewed their current international and domestic infrastructure, their plans for growth and their potential impact on RLWC2021. The draw for the tournament will take place in November 2019.

“I would like to congratulate each nation that has been chosen to take part in the wheelchair tournament. We had some fantastic submissions and unfortunately, we couldn’t say yes to each nation, however we’re confident the chosen nations will play their role in delivering the greatest, and most inclusive, Rugby League World Cup of all time. It is especially pleasing to see North America and Scandinavia represented for the first time.”
RLIF Chief Executive Officer Nigel Wood, said:

“Wheelchair rugby league is one of the most spectacular versions of a fantastic sport it is as close to the running game of rugby that could ever be devised to be played in a wheelchair. The Wheelchair Rugby League World Cup has demonstrated in the most recent past that it can deliver tremendous excitement for the players and the spectators alike. We expect RLWC2021 to take this exceptional sporting concept to a whole new level. Once again we are seeing new nations participating and growing the sport. It is a key priority to the RLIF, as the guardians of the development of our sport globally, to work with our members to grow and develop the participation in all aspects of rugby league. The RLIF Wheelchair World Cup is a further example of that important role. If you are only prepared to give an hour of your life to rugby league; then give to it Wheelchair rugby league. I promise that you will be both amazed and humbled”

RLWC2021 will begin with the men’s opening fixture featuring England at St James’ Park on Saturday 23rd October 2021. The women’s tournament will begin at Anfield on Saturday 13th November 2021 and the wheelchair tournament will begin on Sunday 14th November 2021 at the Copper Box Arena, with England both featuring in those opening fixtures. The event will finish with a finals weekend (27th-28th November) with the wheelchair tournament concluding at the M&S Bank Arena and men’s and women’s final held as a double-header at Old Trafford.