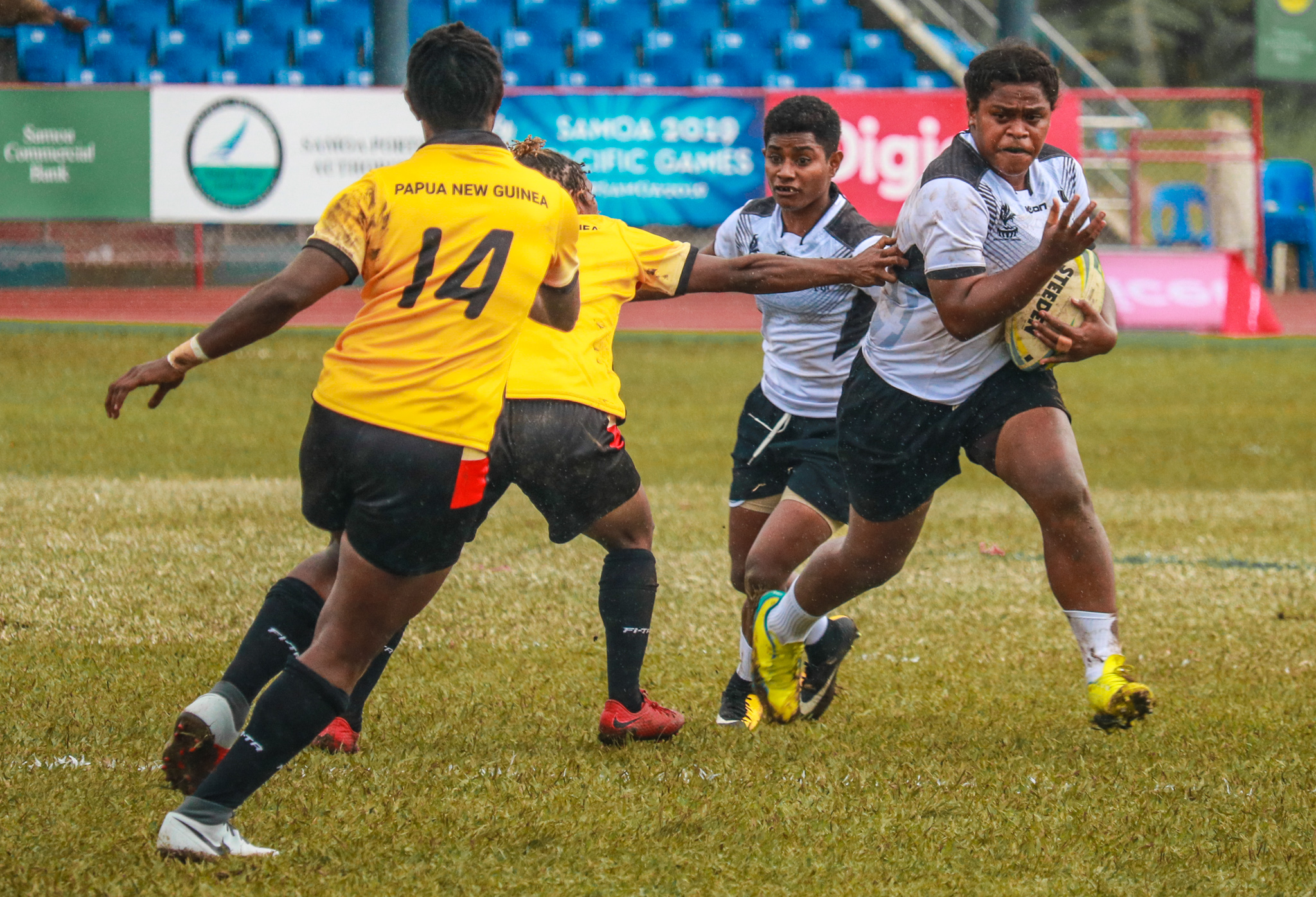 Rugby league 9s has embarked on a new journey at the Samoa 2019 XVI Pacific Games, having women involved in the competition for the very first time.

And it was Cook Islands and Fiji who shone on the first day of competition at Apia Park Stadium, finishing top of their pools to progress to the semi-finals along with Samoa and Papua New Guinea.

In pool B, Fiji defeated PNG 16-8 in a closely contested opening match before beating Niue 18-0 to top the group. PNG also beat Niue 10-4 to finish second.

According to Fiji captain Timaima Ravisa, their tough game against PNG was an indication of what to expect in Tuesday’s semi-finals and medal matches.

“A few of us were a bit nervous today,” she admitted. “This is our first time playing in the Pacific Games. There were a few mistakes but we managed to come back stronger in the second half against PNG and tried our best not to make mistakes in the second game.”

PNG’s Elsie Albert said her team was delighted with their defeat of Niue, the first time many of her teammates had experienced a win on the international stage. “Today’s game was tough and it was our first win, so we are looking forward to more games on Tuesday,” she said. “The biggest lesson for us is to hold the ball and it’s something we need to work on.”

Despite torrential rain and a very slippery field, many matches were close, enthralling contests and set high expectations for Tuesday’s semi-finals.

Those games will see PNG face the Cook Islands and Fiji play Samoa. The winners of each will progress to the gold medal match and the losers will play for bronze.