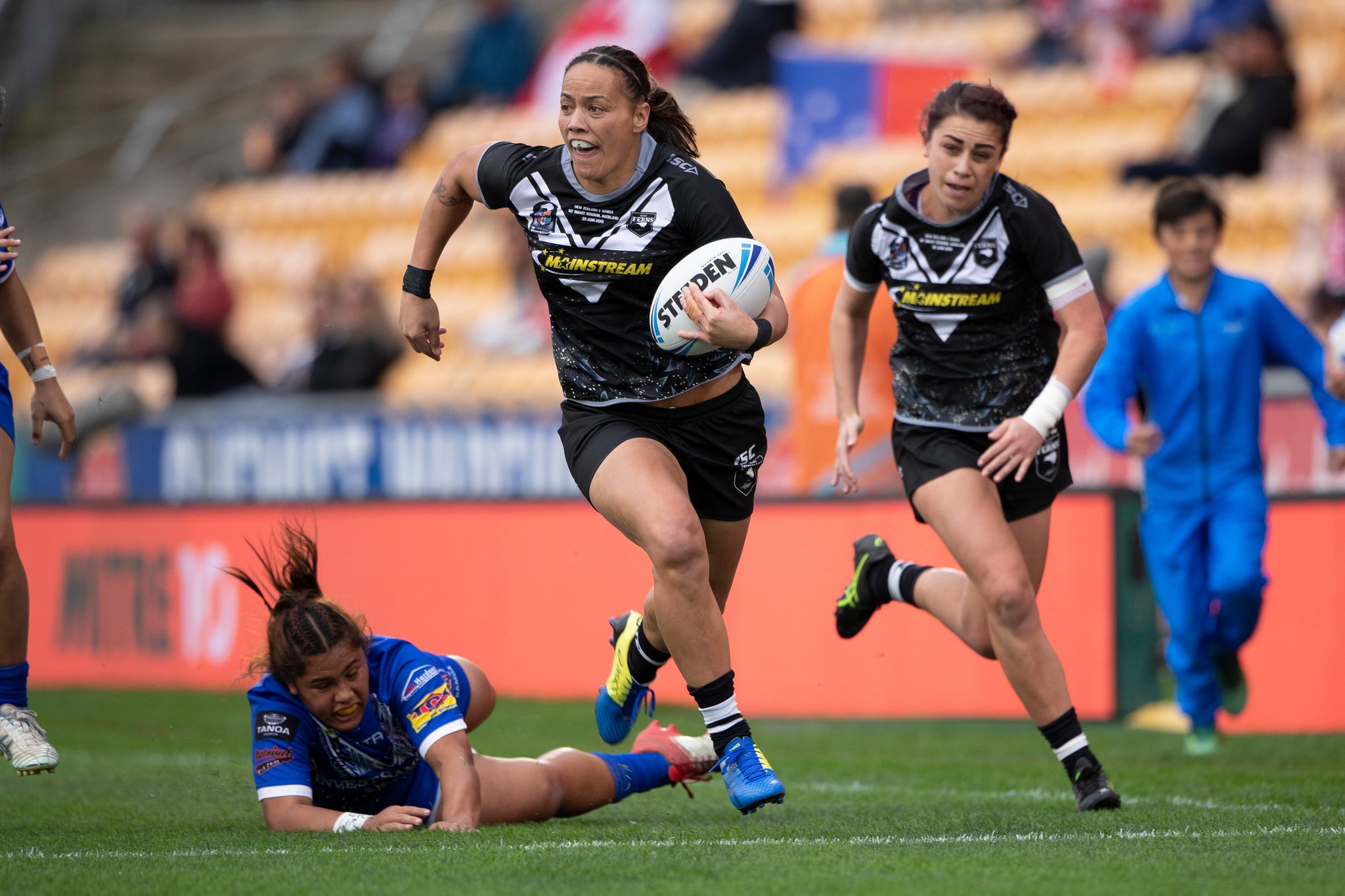 Kiwi Ferns centre Kiana Takairangi followed in her brother Brad’s footsteps by scoring for New Zealand on debut in the comprehensive 46-8 win over Samoa.

But Kiana went a step further and scored a brace at Mt Smart Stadium on Saturday. Coincidently her first Test points were against the same country as older brother, when he scored a try on debut for the Kiwis against Samoa in the 2017 World Cup.

Kiana’s speed and a nifty left-foot step in producing her two four-pointers helped the Ferns jump to 26-0 lead after 29 minutes.

The Samoans were finding it difficult to match the Ferns skills, especially when centre Honey Hireme fends off two players with her right arms on the way to the white line.

The Samoans at least went into half-time with something to show for a hard 40 minutes.

Billy-Jean Ale came off the bench to score in the 38th minute but the road back was still a lengthy one, down 26-4 at the break.

But a good way to start was by being the first to score in the second half, when winger Moana Fineaso-Levi pushed through two defenders to plant the ball in the 47th to make it 26-8.

But the gap quickly widened again as Hireme scored her second (51st), winger Madison Bartlett spun out of a tackle (55th) in the left corner, former NSW Origin utility Nita Maynard (58th) crossed, and suddenly it was 40-8.

Maynard was ineligible for NSW this year due to a rule change on eligibility of Kiwi players playing in the NRLW and Harvey Norman club championships.

Ferns fullback Apii Nicholls scored in the 73rd minute to wrap up the nine tries-to-two victory.

It was Samoa’s first women’s international in eight years – the last was in 2011 against Australia in Apia. They had not played the Ferns since 2008.