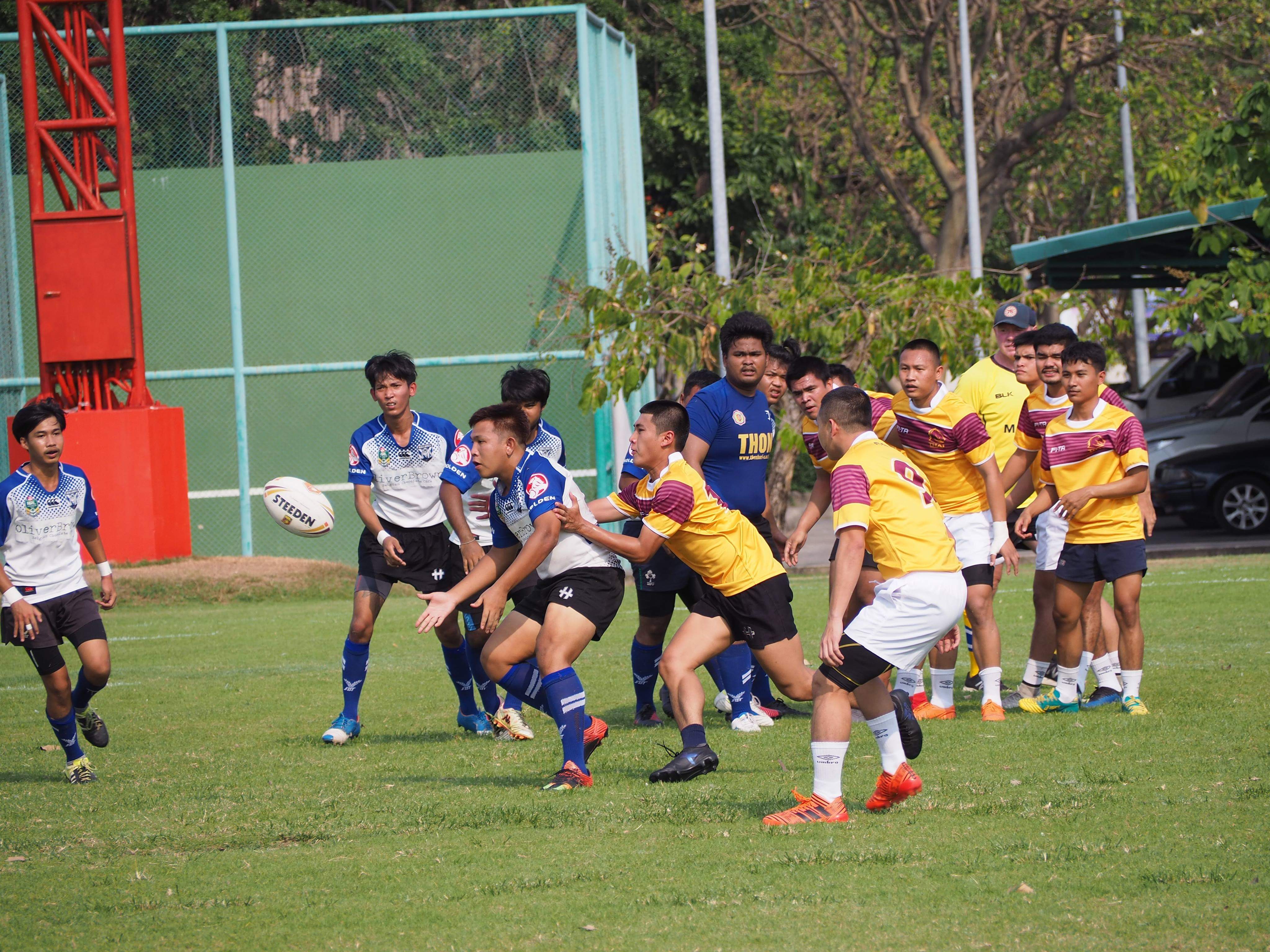 The Bang Lamung Broncos and Sattahip Storm have kicked off the inaugural ASEAN Super League competition with wins in their respective Central Zone clashes played on Sunday at the KMUTT Stadium in Ladkrabang.

Kicking off the tournament, and the first sanctioned Rugby League match to be played in the Kingdom of Thailand capital since 2014, the Bang Lamung Broncos took on one of the foundation clubs of Thai Rugby League, the Bangkok City Bulldogs.

The Bangkok City Bulldogs, or Lat Phrao Bulldogs as they were known back in 2013/14, ran out of steam against a young Broncos team, going down 42 – 24 after the Bang Lamung team scored a series of late tries to lock up the win and record history as the first winners in the ASEAN Super League competition.

In the second match, played at Ladkrabang, the Sattahip Storm recorded a comfortable 34 – 12 win over a committed, but inexperienced, Nonthaburi Knights team. With a significant Naval contingent, the Storm were simply too fit and disciplined for the Knights, which was reflected in the eventual final scoreline.

Round Two of the ASEAN Super League – Central Zone will take place on April 6 in Banglamung, Chon Buri

Find out more about the ASEAN Super League at www.aseanrl.com