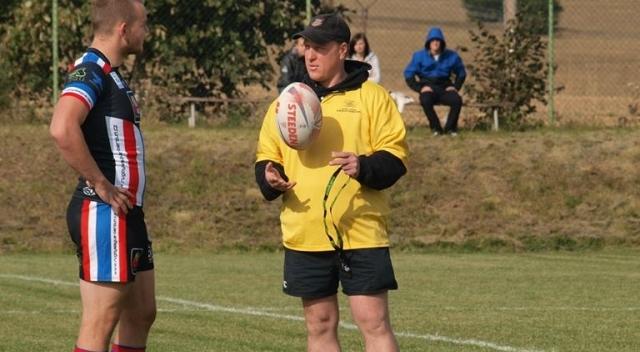 The coach education leadership of APRLC and the RLEF have concluded over 50 hours of detailed collaboration in just four days in New South Wales. The second such meeting of its kind resulted in the alignment of the newly drafted Level 1 Rugby League Coach course, which is now, subject to formal adoption, ready for implementation. In addition, Peter Corcoran, OAM and Martin Crick agreed the module structure for Level 2 Rugby League Coach.

“The on-going collaboration between APRLC and the RLEF has progressed further this week,” said Crick, who has led the northern hemisphere’s education programmes for almost a decade.

“We hope the final draft of the level 1 will be launched in June, whilst the significant progress we made towards the Level 2 qualification means it can be completed later this year.”

A core element of the re-design was flexibility, allowing level 1 candidates to complete work remotely and only needing one day of face-to-face tuition to complete the two-day course. Similarly, the four-day level two can now be completed with a minimum of two days face-to-face coaching, providing member nations with an adaptable resource they can suit to their own, often volunteer, work force.

A meeting with Colin Sanctuary, Player Development Manager at NSWRL, has given rise to discussions on sharing game and training clips; training schedules; and webinars on selected topics. This will assist coaches and match officials world-wide with access to specific on-line training resources.

RLEF Match Official Manager, Tom Mather and Peter Corcoran have also been liaising for 18 months to align all match official education. Speaking of the progress made, Mr Corcoran commented:

“An education and training scheme for coaches and match officials, in any sport, goes to the soul of that sport; professional delivery of courses is at the heart of a sport’s development; and coaches and match officials have the opportunity to be the life blood of the sport and make a difference to the lives and performances of the sport’s participants. This is the Vision of the RLIF into the future.

“The RLIF Education Programme is aimed at giving the participants the essential building blocks and values needed to succeed in a coaching or match officiating career that may embrace the influencing of children, teens or adults by encouraging the sharing of such ideas and experiences as ethics, acceptable behaviour, community and club responsibilities along with insights into the ‘best practice’ issues for match performance.”