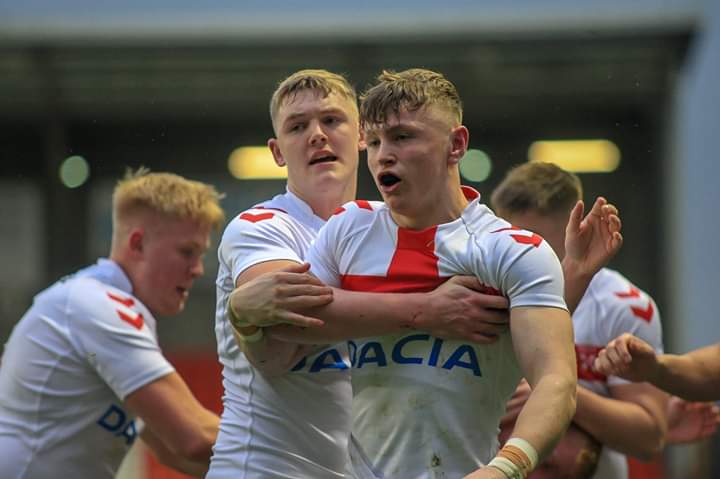 Harry Smith scored ten of England’s 14 points in a Man of the Match performance as Dave Elliot’s men secured a 14-8 win over the Australian Schoolboys at Leigh Sports Village on Saturday.

Leeds Rhinos centre Harry Newman opened the scoring with an effort from the ruck, Smith converting, before the Wigan halfback got over himself – chasing his own kick to touch down after an Australian error.

England led 12-0 at half time and Smith added a penalty soon after the restart to make it 14-0.

Though Australia struck back with unconverted tries from Stephen Crichton and Timanu Alexander, England held on to make it ‘1-0’ ahead of Friday’s second test at Emerald Headingley