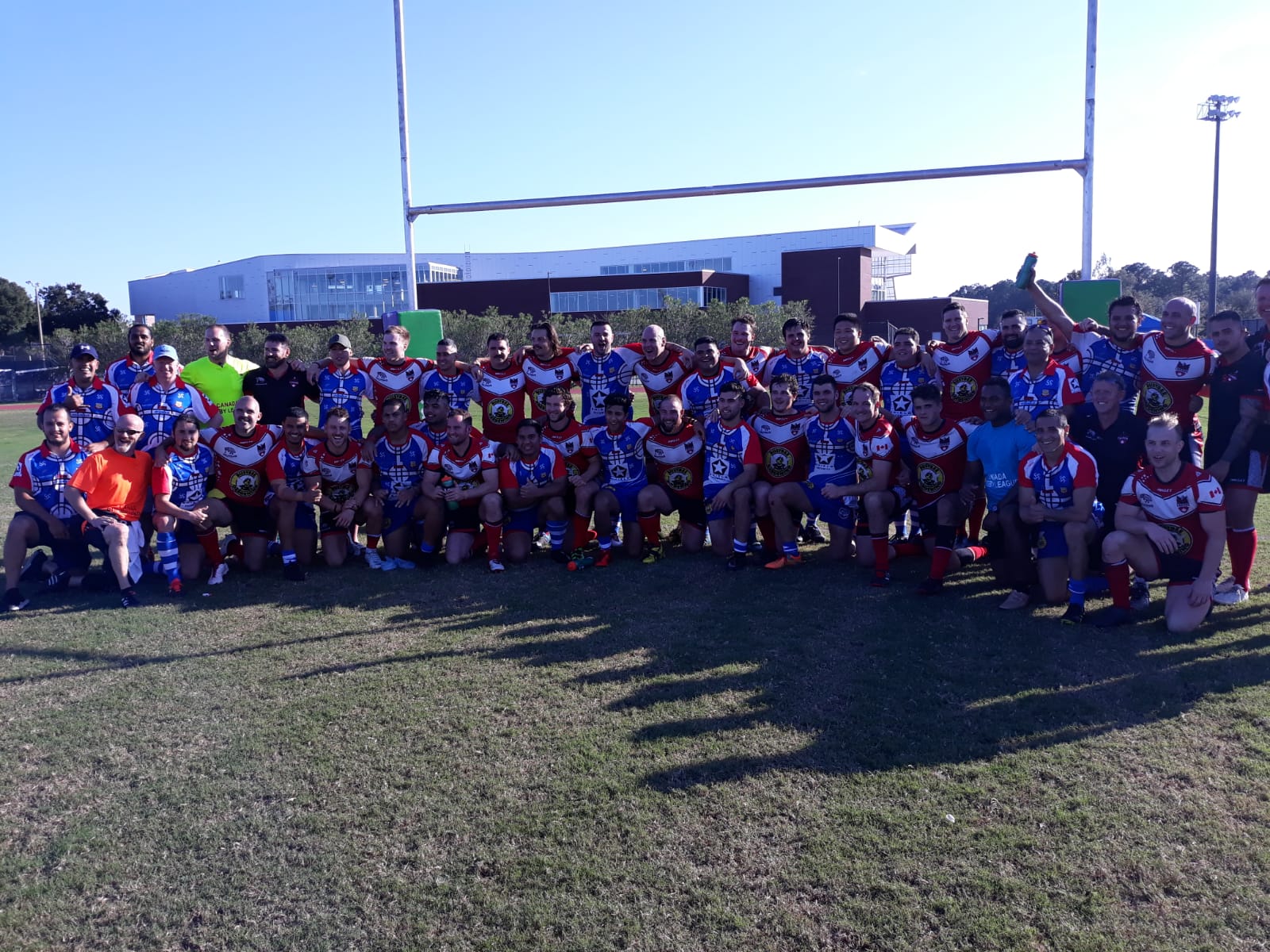 Canada too strong for Chile in Americas Championship

Canada finished third in the Americas Championship, running in eleven tries to down Chile 62-12 at the University of North Florida in Jacksonville, in a world rankings game.

The Wolverines were indebted to stand off Ash Calvert who claimed 26 points from two tries and nine goals, and a superb start which saw them 22 points up in almost as many minutes.

But Chile earned enormous credit for their display in perfect conditions, James Horvat – moved from loose forward to scrum half – outstanding, and full back Thomas Garrido claiming their first tries against non Latin American opposition, with a double.

“Ash ran the show, and three tries in four minutes in the second half put the game to bed,” said Canada head coach Benjamin Fleming.

“We defended with some intent, which was pleasing and we now need to continue to build for the future.”

Canada moved the ball wide and often from the start, catching out the inexperienced Weichafe’s, Rick Shouten across in the seventh minute on the overlap.

Christian Miller, who along with Ruairi McGoff off the bench, were handfuls throughout, strolled over and skipper Rhys Jacks stepped to the line.

Abbotsford Griffins’ Shaun McKenzie went through a gaping hole and Canada were 22-0 up and seemingly unstoppable.

But Horvat sent Garrido over to stop the rot and his high kick caused problems, but Canada finished the half with a fifth try, Calvert stepping clear after a fine offload from Scyler Dumas.

Chile captain Nick Doberer couldn’t hold on to the ball when clear, debutant Michael Mastroianni failing to reel in Jacks’ pass at the other end.

Horvat’s 40/20 put the Chileans in prime position, Miller pulling off a terrific tackle on Brandon Tobar, Miller then spilling Sean McInroy’s offload with the line begging.

Horvat’s clever reverse kick on the last into midfield was gathered by Garrido who shrugged off one challenge, beat another and bounced off the post protector to claim his second try, but the next five minutes belonged to Toronto City Saints’ Mastroianni who claimed a try double as Jacks swept the ball wide, Calvert the link for the first, and wonderful handling from Joel Hulett setting up the second.

In between, Calvert was held up and Brad Austin sent McInroy to the posts, Wes Black with two rampaging runs in midfield to wrest the initiative.

Louis Robinson was held up as Canadian pressure mounted, Austin sending in McInroy for his second, Calvert’s seventh goal bringing up the half century.

As the Chileans tired, Calvert gathered a dropped high kick for his brace and, following a huge Eddie Bilborough break, Hullett deservedly crossed.

Chile head coach Roderigo Miller commented: “They played quicker than us, they have a different calibre of player.

“We struggled to stop the momentum when they got on the front foot. We’ve enjoyed the experience and need to take that into the next few years.”