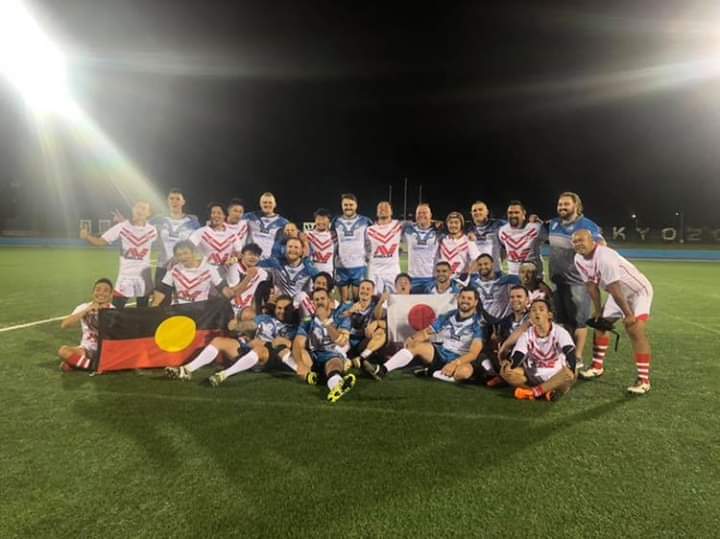 The touring Mindaribba Warriors have defeated the Japanese Samurais 56 – 10 in Saturday’s clash at Katsushika City.

Taking place at the Okudo Sogo Sports Centre Athletic Stadium, the former NSW Koori Knock-Out and USARL International Nines champions were too strong for the Samurai’s side running away with the match in the second half.

The Mindaribba Warriors are based in the Hunter Region in central New South Wales.